Combating 2.5 Million Years Of Evolution - How To Prevent Your Paleolithic Brain From Scaring You Out Of Travel: Part 3 - foXnoMad

Combating 2.5 Million Years Of Evolution – How To Prevent Your Paleolithic Brain From Scaring You Out Of Travel: Part 3

In Part 1 you learned to look past your eyes and in Part 2 of working around your Paleolithic mind, you found out your brain prefers efficiency, often at the expense of time-consuming logic. Today, in final post in this series, you’ll find out how to be wrong but still right; while at the same time turning your brain into a virtual casino of travel gains. 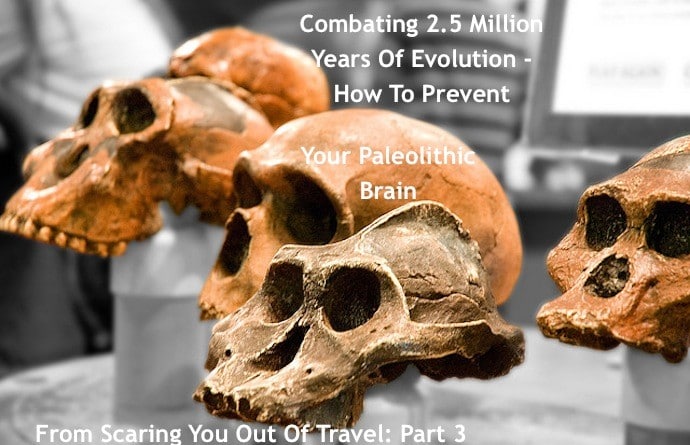 You’re always right. At least, according to your own brain. Cognitive dissonance, a fancy term to describe that familiar state we find ourselves in when we hold two conflicting beliefs. Those conflicts can come about when we’re exposed to new information or challenges in life. Sitting around mulling why you made a mistake for days isn’t very useful when there are foods to scavenge and large animals that want to eat you.

For example, let’s say you really want to go to Morocco, but know it will take 3 months of saving to do so. Instead, you go out every weekend, blowing the money you were saving on one too many beers.

3 months later, you haven’t gone anywhere. To alleviate the guilt and perhaps embarrassment at the failure, your brain kicks into action.

Take a deep breath, you’ll be right at the end of this.

Cognitive dissonance is a complex state but shortly there are two major ways it’s resolved in the brain.

Your brain is trying to alleviate all of the negative feelings you have about not accomplishing your goal. Yet, when you admit to yourself you’ve failed, that same mental defense can work in your favor by making you feel positive about a second attempt. The first time was a bust but you’ll get to Morocco, avoid the guilt by having a few quiet weekends, and save your party for Marrakesh. Being right all the time has it’s perks, you know. 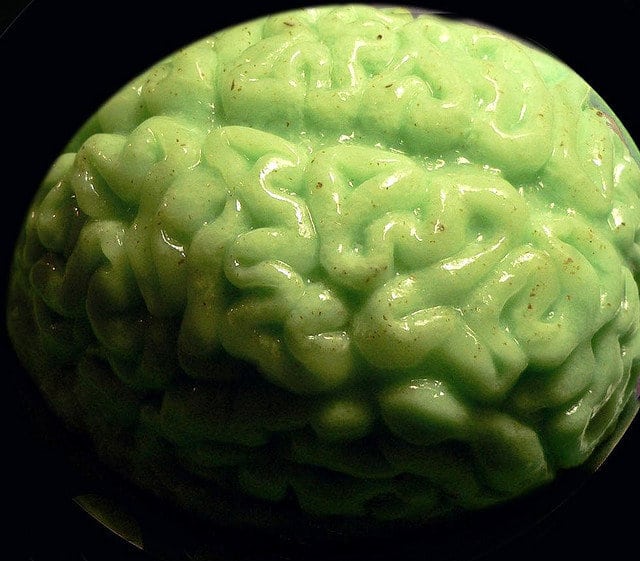 The older systems in our brains tend to take priority over our (newer) higher functions located primarily in the frontal lobe right behind your forehead. That means your emotions can, literally, get the best of you despite all what the facts to tell you. The stronger you feel about something (positive or negative) the less emphasis your brain puts on raw data.

It goes along with your imagination, emotions heighten your ability to visualize leading to more vivid memories real or otherwise. Most of you probably don’t dream about numbers and spreadsheets at night or have an emotional response to them (aside from dread). Our brains don’t like risk – at least when there’s a perceived loss.

That is perhaps our biggest Paleolithic shortcut, one that’s easy to manipulate, and the most fun to implement.

We don’t like risk but are willing to throw all the rules out the door for a potential gain. You won’t be able to trick, coerce, or coax yourself into traveling to all the places you want unless you see some value in it. People who try to convince you the world is scary, or traveling is frivolous, do so because they don’t see the gain of expense. Without the experiences themselves to visualize being in your traveling shoes.

Paleolithic brain isn’t all bad however, millions of years of evolution has made our species quite adept at recognizing patterns (like languages) quickly, honed our social instincts to avoid danger, and embedded nomadic tendencies in our DNA. Human beings are the only species to inhabit all 7 continents (except foxes) and can be found adapted to all of our planet’s land environments because someone – maybe your ancient cousin – decided to step out and see what was beyond the next hill.

Fortunately for you, their genes are still floating around in your cells. The rest, is up to you.