Combating 2.5 Million Years Of Evolution - How To Prevent Your Paleolithic Brain From Scaring You Out Of Travel: Part 2 - foXnoMad

Combating 2.5 Million Years Of Evolution – How To Prevent Your Paleolithic Brain From Scaring You Out Of Travel: Part 2

In Part 1 of Preventing Your Paleolithic Brain From Scaring You Out Of Travel, you saw that visualizing is believing and that decision making is often a social affair. In this, Part 2 you’ll see how ancient adaptations an also be useful in the modern world – if focused with a dose of logic. Stereotyping, 47 year old women, and confused deer can actually help you realize your travel dreams…once you understand the processes behind them. Then you can find the ultimate mind hack in the end of this series Part 3. 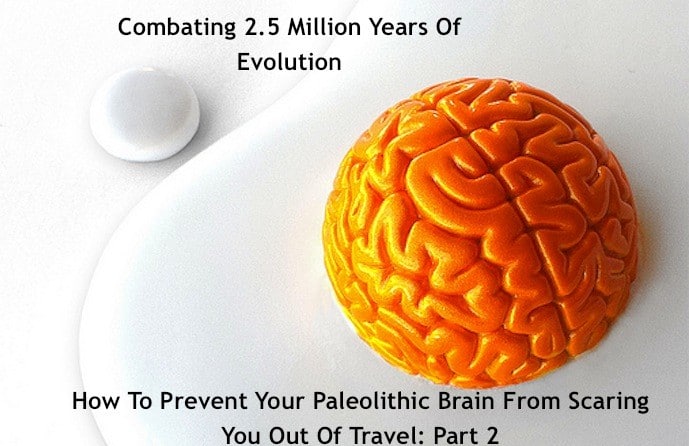 Use The Right Stereotypes

Stereotyping and generalizing come in handy, especially after you see your pal caveman Bob drops dead after eating some red berries. After that, it makes sense to avoid that red berry, and perhaps red fruits all together. Again, it’s your brain playing it safe for your survival and we all stereotype for mental efficiency. Fighting your brain’s natural tendencies is an uphill battle so instead make your stereotypes more accurate and move from there.

This is the safest time in human history to be alive and travel. Nearly 2.2 billion flew last year and nearly a billion people took 1 international trip during that same time. The average traveler is a 47 year old woman. The 4th most visited country in the world is China and Antalya, Turkey is the 4th most visited city. More than 60% of travelers in the US, EU, and Turkey are over 30. Hostels can look like this, or this. 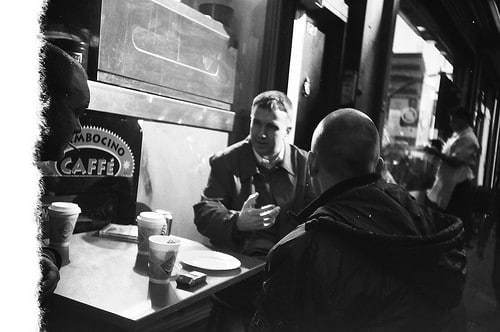 Most people who travel for leisure will tell you they found the experience to be enjoyable, enlightening, fun…without any regrets. You might not like everywhere you travel but chances are you won’t regret finding that out for yourself.

RELATED
What Are Your Travel Plans And Dreams For 2014?

Active passiveness, a phenomena similar to “deer in the headlights” syndrome, is like your computer locking up after you open too many programs at once. What keeps deer from jumping out the way of oncoming traffic, also keeps many people firmly planted in their seats after an air disaster and could – on a less extreme level – keep you from taking that trip you’ve always wanted. 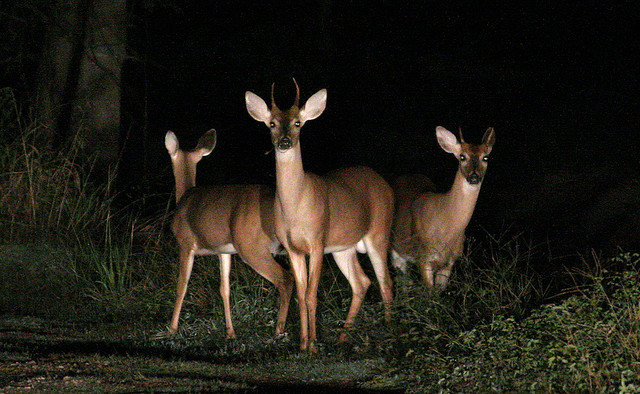 Active passiveness occurs while our brains are searching for the “right moment” to proceed forward with a decision. In a survival situation those few seconds of decision can mean the difference between life and death; when it comes to a generous lifetime of contemplating, it can mean never realizing your travel dreams. The right time to travel isn’t a decision between life and death, so the right time is when you make it, overcoming the practical obstacles one by one.

Don’t be the deer in the headlights, you can see how well that ancient tactic works out for them under the lights of a modern automobile. Instead, the best way to avoid active passiveness, whether it’s a plane crash or a decision to travel is preparation in advance. Once you have a plan of action, the active passiveness process doesn’t occur, since your brain has what to do ‘preloaded’, rather than trying to think on the fly when stressed. On a burning plane, it could save your life, for everything else it could help you live.

In Part 3 you’ll find out how you’re always right, the reason statistics can’t prove anything to our ancient brains, and the ultimate Paleolithic brain hack. Old and new, by the end of next week you’ll have those neurons firing up in preparation for your next trip.