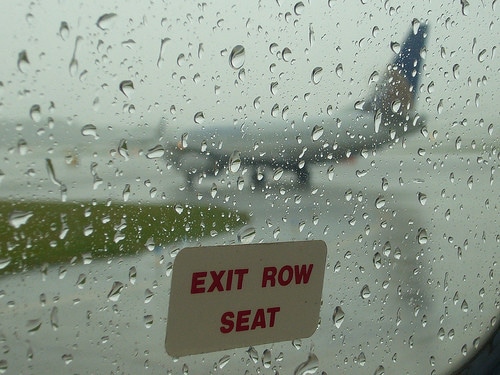 The tragic crash of Air France Flight 447 and apparent death of all aboard may have you feeling apprehensive and somewhat disappointed in air travel. Despite what the media portrays, 76.6% of people survive serious plane crashes and there are some simple ways you can increase your chances of survival if you are ever in one.

There isn’t much you can do if you’re on a jumbo jet that completely fails and you plummet to the ground from a high altitude like Flight 447. Luckily for us this isn’t how most crashes happen and expert research from air tragedies can teach us a lot about how to make it out of a disaster.

According to Ben Sherman, the author of The Survivors Guide: The Secrets and Science That Could Save Your Life, research shows that passengers usually move an average of 5 rows before they can get off a burning aircraft. Sitting any further away than 5 rows from any exit row greatly reduces your chances of surviving. You can also slightly improve your chances by sitting at the back of the plane.

The Survivors Club: The Secrets and Science that Could Save Your...
Buy on Amazon

Be Alert When Crashes Are Likeliest To Happen

Plane crash from statistics PlaneCrashInfo.com show that 68% of plane crashes occur with in 30 minutes of takeoff and 30 minutes of landing. In fact, 79% of all crashes happen when the plane isn’t cruising. Ben Sherman suggests that those are the times when most of us are buried in our books, deafened by iPods, and ignoring the safety directions. (Reading them, by the way increases your chance of survival too, even for frequent fliers.)

RELATED
DroneMate Puts All The World's Drone Laws On Your Phone

Keep Your Seat Belt On

Sudden losses of altitude and turbulence are rare but more common than plane crashes. A steep drop in altitude due to a strong downdraft, or computer error as happened on Qantas flight in 2008 can cause serious injuries. If you do survive the initial impact you don’t want to be hindered by a broken leg or head laceration because you were tossed about the cabin on the way down. A mere 20 second steep dive on that Qantas flight caused a number of serious injuries and while there was no crash, the injuries could have prevented those passengers from evacuating.

Avoid wearing highly flammable clothing like nylon stockings and footwear that’s difficult to run in like flip-flops. Comfort is important but take a moment to think about how practical your clothing is before you head to the airport. It’s also a good idea to keep your shoes on during the critical times of takeoff and landing.

Put The Most Important Things In Your Pocket

Experts say that the single biggest factor to slow down an airplane evacuation are people trying to grab things out of their carry-on luggage. Anything that is sentimentally important or valuable enough to you that you’d risk your life to save should be in your pockets. If it can’t fit forget it. You can always by a new one and I’m sure your wife will forgive you for leaving behind that pen she gave you. Your loved ones would rather have you. 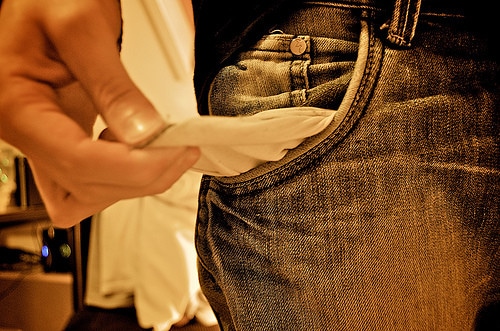 Get at least 500 feet away from the aircraft’s wreckage to avoid explosions and fire from the plane but don’t get so far away that you’ll get lost or can’t be found. (Both are easy to do in a tense situation.) For water landings, get as far from the wreckage as possible to avoid strong waves and getting pulled under as the craft sinks.

Be Prepare But Not Scared

Your chances of being involved in a plane crash are very, very small. While these precautions are sound advice, don’t preoccupy yourself by worrying too much about them. Use common sense and be aware when it counts, get a seat close to the exit, dress practically, and enjoy your flight.