Why Travel To Paraguay? - foXnoMad

Why Travel To Paraguay? 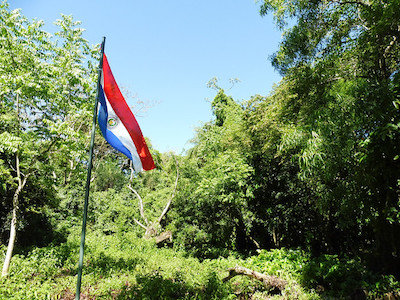 Prior to visiting, Paraguay was a grey area in my mind. Landlocked and the third-least visited country in South America, I probably wouldn’t have visited if it weren’t part of my goal to visit every country. Paraguay is a country that doesn’t have a big tourist draw like the Taj Mahal, one reason enough for travelers to visit an entire nation.

Paraguay isn’t the most connected country, flights to the capital Asuncion are only reasonably priced from Buenos Aires, Santiago, and a few smaller Brazilian cities. Americans, Canadians, and Australians need a visa (you can get on arrival at Asuncion Silvio Pettirossi International Airport) but it’s $160 US dollars. In cash. And there’s no ATM in the airport.

You have to want to visit Paraguay, because of the hurdles it presents and here’s why you might want to.

Paraguay has often been a battlefield between larger powers in its history. The Paraguayan War from 1864-1870 reduced its population by up to 70% in some estimates and a series of dictatorships endured through 1989. Even just last year, rioters burned the Congress building in Asuncion after a controversial Senate vote. The news, Paraguay’s past, plus not knowing much about the country can make it even more intimidating.

Paraguay though isn’t what you might expect. There’s no ATM at Asuncion’s main airport (bring cash if you need a visa) but plenty of cashless people were allowed past passport control to get to the bank in the airport. There aren’t many capital city airports where you’re allowed beyond passport control to get some money because you didn’t read the entry requirements.

You’re On Your Own

Better brush up on your Spanish because you won’t find many who speaks English. (Some of these apps can help and Pimsleur is basically language magic if you have 6 weeks to practice.) Remember though, be inconspicuous with your phone on the streets of the larger cities, robbery isn’t uncommon. Some basic tourist phrases will help; you’ll want to know, especially after dark, areas to avoid.

Nobody will care whether you speak Spanish or not, Paraguayans try their best to understand you. People are warm and welcoming, perhaps it’s because a tourist is a rare sighting around here.

Around noon, workers, all seemingly in button down shirts with thin, black Beatles’ ties or dark blue skirts, file into countless corner diners. The coffee is great and in case your language skills aren’t developed enough, point to what looks most appetizing. Alternatively, or additionally in Asuncion, Lido Bar around half past one in the afternoon is just calm enough to enjoy a bowl of fish soup and multiple empanadas. 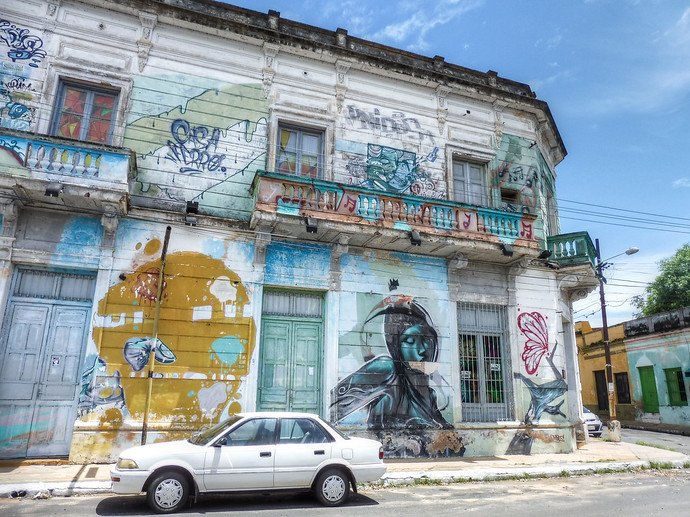 Around the capital city, there’s the Loma San Jeronimo neighborhood. It’s colorful but practically deserted and if you use Google Maps to find it, you’ll end up in the sketchiest part of town. Rather, ask one of the cafe staff. Same thing with the bus system, ask the routes from your accommodation. Getting confused is easy because the numbered lines aren’t clear but once you get it, easily managed.

Accommodating For The Curious

Finding an inexpensive Airbnb with a pool in Asuncion isn’t hard. The weather is warm to hot throughout the year. Parque de la Salud is a green oasis in the middle of a slightly smoggy capital, perfect for a calm jog. Having been to Paraguay, the answer to why you would want to go is the question itself. Little traveled, bizarrely welcoming, edgy but accommodating, Paraguay is for travelers who want to get off the beaten path, but not with too much effort.