Protector Of The State: A Solider Standing Guard In Front Of Anitkabir In Ankara, Turkey - foXnoMad

Protector Of The State: A Solider Standing Guard In Front Of Anitkabir In Ankara, Turkey 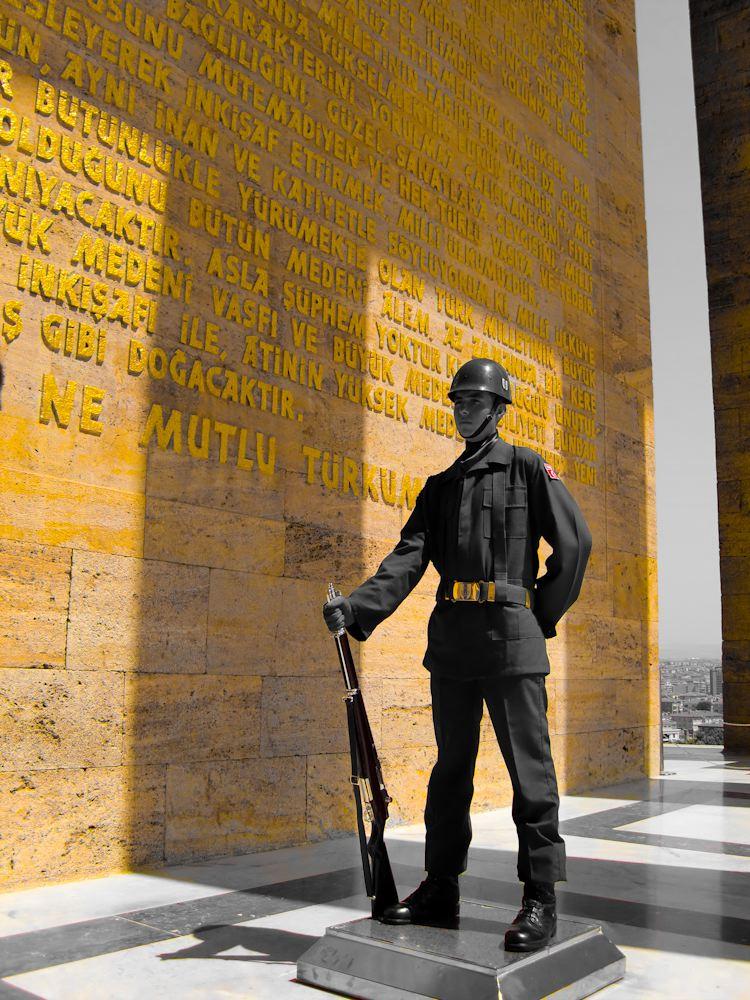 These sentries routinely hold guard at various points around Ataturk’s Mausoleum Anitkabir, in Turkey‘s capital city Ankara. They hold guard, not moving or changing position, in shifts of several hours much like the Royal Guard at England‘s Buckingham Palace. The rotation of soldiers is conspicuous routine and takes place out in the huge ceremonial plaza directly in front.

These soldiers in their stoic positions are one of my earliest childhood memories from one of my many trips to Anitkabir as a child. I recall staring up at them, wondering how they stayed so still or ignored my amateur attempts to rouse a smile. In more recent times though I spot what I was oblivious to as a child, a blink here or a facial twitch there.

These particular soldiers were likely doing their mandatory military service. Required of males in Turkey, landing a spot standing outside of Anitkabir is a pretty good luck of the draw. Relatively easy and not fraught with danger as a post along Turkey’s southeastern border may be. The military in Turkey has long been seen as the protector of the state, given that responsibility by the man whose tomb those soldiers now protect and honor. As all things political though, the establishment is changing. Last week with the resignation of practically all of the armed forces‘ senior staff in protest of the current government, what was once inseparable from the state has decidedly taken a step aside.