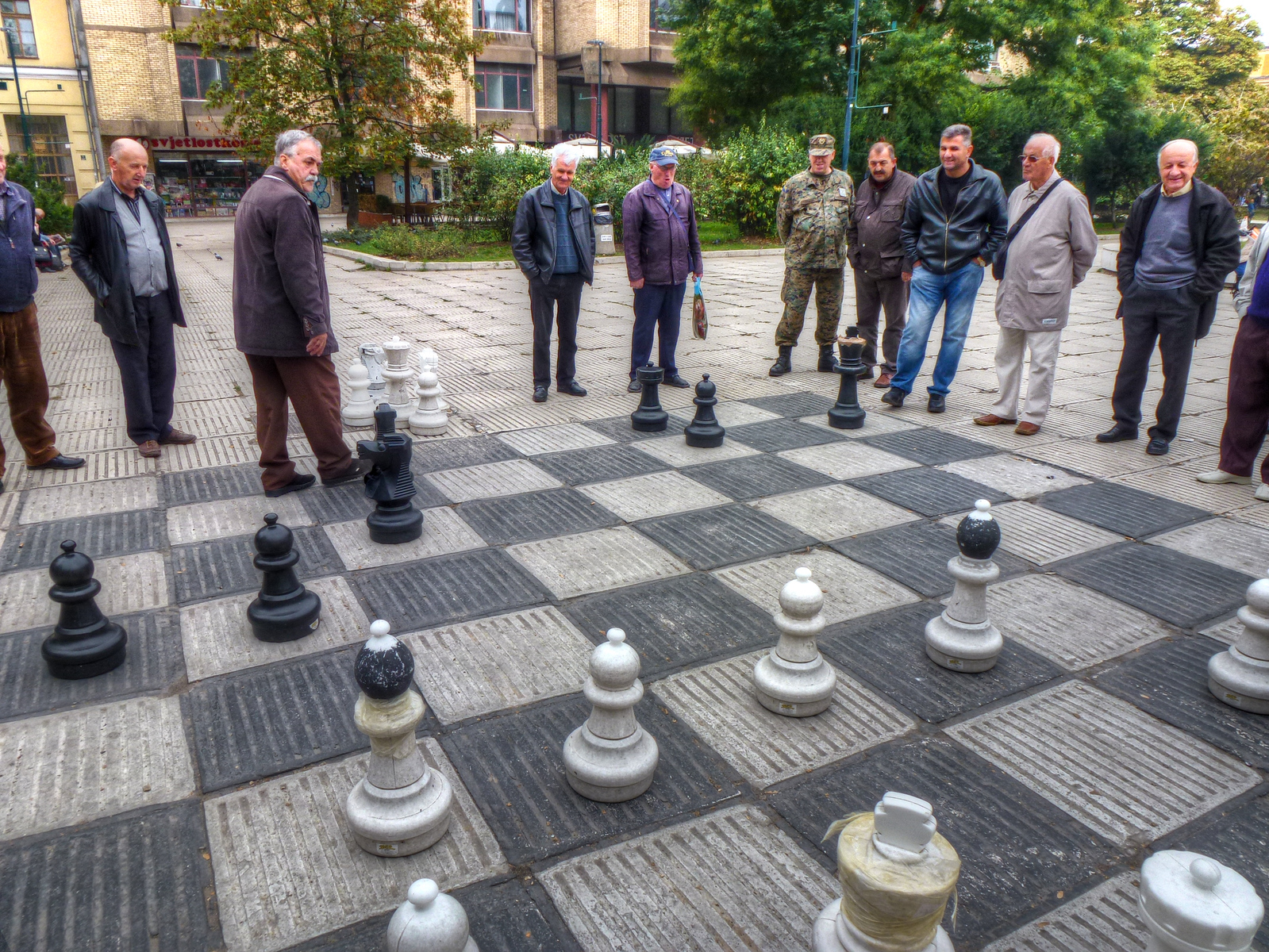 Walking around The Best City To Visit 2012 Sarajevo, moments before capturing this video I was convinced there was a large brawl taking place. Though this group of men may have quieted somewhat for my benefit, these chess games between streets Ferhadija and Zelenih beretki in Sarajevo, Bosnia and Herzegovina resemble many modern democracies around the world – lots of people shouting opinions but only the one guy with power making decisions.

Many scholars believe chess’s rise in popularity around the Balkans during Communism is in large part because it provided one of the few socially acceptable creative outlets. The average age of these players gathered near Hostel City Center seems to further suggest this might be the case and if so, they’ve picked the ultimate game. Mathematician Claude Shannon estimated there are around 100,000,000,000,000,000,000,000,000,000,000,000,000,000,000,000,000 (1050) possible outcomes in any given game of chess – based on the number of opinions being shouted per game, I may have heard close to all of them.