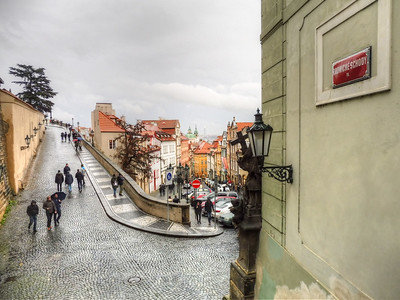 The capital of the Czech Republic, Prague, is the 20th most visited city in the world, a fact that’s overwhelmingly evident when you arrive. The 1.2 million resident population of Prague is joined by over 7 times as many tourists annually, making an otherwise great city to visit overcrowded, expensive, and feeling more like a tourist trap than an authentic travel experience.

Cities and touristic sites are often popular for good reasons – Prague is no different. But you can significantly reduce the negative aspects of Prague’s popularity by planning your trip there in winter, ideally, January.

According to Prague’s tourism board, the most popular month for the city is May, the least being January. The number of visitors in January is half that of May; nearly 60% of all tourists in Prague arrive between the late spring and early fall months. Prague is still crowded in the winter but the famous Charles Bridge has fewer touts, tourists, and it’s not the human traffic jam-pickpocket paradise it can be in June.

Less visitors means airlines and hotels drop their prices, the latter on average by 20-40%. Prague is not a cheap city, sorry, that was way back in 2013, and accommodation prices there probably keep the beer consumption rates among tourists the highest in the world. Beer and food are inexpensive – there’s a lot of competition for that – but hotels are where you can really save or get swindled, depending on the time of year. (Airbnb rates seem consistent throughout the year, though this hack might help you save on apartment rentals.)

Colder That A Cool, Wet Summer

Prague is cold. Even in the summer, the average temperature is only 16 Celsius (60 Fahrenheit) so it’s not exactly a tropical paradise. Winters are cold, solidly stuck around 0C (32F) with the sun being something you’ll probably never see. In other words, Prague, which is stunning on occasional warm days (if you don’t mind sharing it with millions of people shoulder-to-shoulder) isn’t a place you’ll be visiting for its spectacular weather. Actually, it rains nearly twice as much during the summer months anyway.

Of course, less demand means better deals in pretty much any part of the world – though with Prague, it’s becoming more difficult to escape the crowds. Winter visitors increased by 9% from 2016-2017, so the advantages of traveling to Prague in winter for your sanity (did I mention how crowded with tourists this city is) could be diminishing. Still, a warm jacket in exchange for much shorter lines and less expensive hotels might be well worth considering before booking a summer vacation in Prague. The same goes for Iceland as well, which has even more reasons to visit in the winter.