A Look Back On My Travel Predictions For 2008 - foXnoMad

A Look Back On My Travel Predictions For 2008 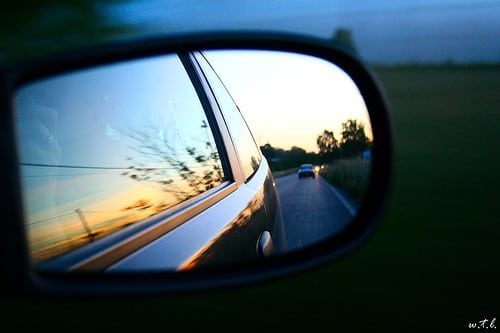 Rising airfare prices, airline mergers, and an increase in foreigners being targeted by extremists are just some of the predictions I made for 2008 earlier this year. With the year drawing to a close I’d like to look back with you at my predictions and see how each of them turned out.

Outcome: Correct. According to Rick Seaney in 2007 there were 17 total base airfare hikes. Compare that to 2008, where airlines have increase prices on standard routes 15 times – from January to August. United and Delta were the main culprits using fuel surcharges to increase base fees by $10-20 an average of every other week.

Outcome: Inconclusive. Air travel continues to rise slightly at approximately 1-2% from the United States and at similar rates globally. While land travel is decreasing, more people are traveling by boat.

Outcome: Wrong. Let’s put it this way, talk of green travel has increased over the course of 2008 as marketers try to appeal to the consciousness of every traveler. Aside from the Germans taking staycations more people are visiting emerging nations on the tourism scene. Many of these places are third world counties whose lavish accommodations wreak havoc on the local ecology. Here are 33 ways to green your travels no matter where you go.

RELATED
What's Up With All The Cats In Istanbul?

Outcome: Correct. Indonesia, Nicaragua, as well as industrialize nations like Iceland are the up and coming best places to travel on a weak dollar. These places are feeding off of the success of their neighbors and the as economies go south, the tourism industry booms (except in the US).

Outcome: Incorrect. There is, according to 100 US experts on the subject, a 30% less chance terrorist activity due to the crackdown of governments around the world in 2008. Either way, being killed in a terrorist event – anywhere in the world – is an exceedingly rare event. Unless there is an immediate threat, you shouldn’t base your travel plans around terrorism.

Outcome: Looking Good. Delta and Northwest merged earlier this year to create the world’s largest carrier. Now there are talks that United and Continental may be moving closer to do the same. The mergers may have saved the airlines, but as I mentioned above, travelers have ended up paying more and finding cheap airfare hard to come by.

Outcome: Sort of. Airline have begun to chop down on services making most meals and drinks on domestic flights  optional for a fee. While we complain about it, when done right (like Ryanair and Southwest) travelers can take advantage or lower fare – unlike some other airlines (USAir) that charge anywhere from $15-30 for each checked baggage. As for luxury ground travel, it hasn’t happened, but rather gone the way of the airlines. No-frills and get-what-you-pay-for.

Poor economies and weak world markets really drove many of my predictions back in January. While the airlines have been merging and increasing fees to survive the third world has really seen the benefits of tourism. It’s unlikely that the airlines will be able to survive without a major change in the makeup of the industry but I think that we’ll see more pockets of tourist industries (‘safe havens’) within some unlikely travel destinations in 2009 (like Iran and North Korea).

Next Monday I’ll list my new and updated predictions for 2009 which will be gloomier then my ones for 2008.