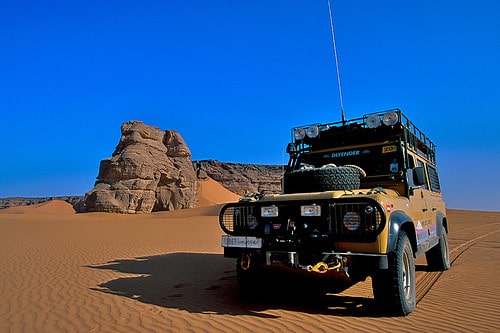 Travel to a new frontier of tourism as it opens up to the world by booking a flight to Libya. Despite its turmoiled past with the West, Libyan leader Muammar Gaddafi’s recent strides to end his nation’s isolation make it a unique place to visit. While getting a visa may be cumbersome (you’ll have to book through a tour group) there are 6 reasons you should make Libya your next destination.

There are a number more reasons I could have listed but the general idea is that Libya is a new destination that’s cheap, safe, and as a lot to offer. It’s probably not the ideal place to visit for travel novices, just yet. Those of you looking for some adventure in a country that has a more developed tourism industry should consider these 8 places you should visit but might be scared to.