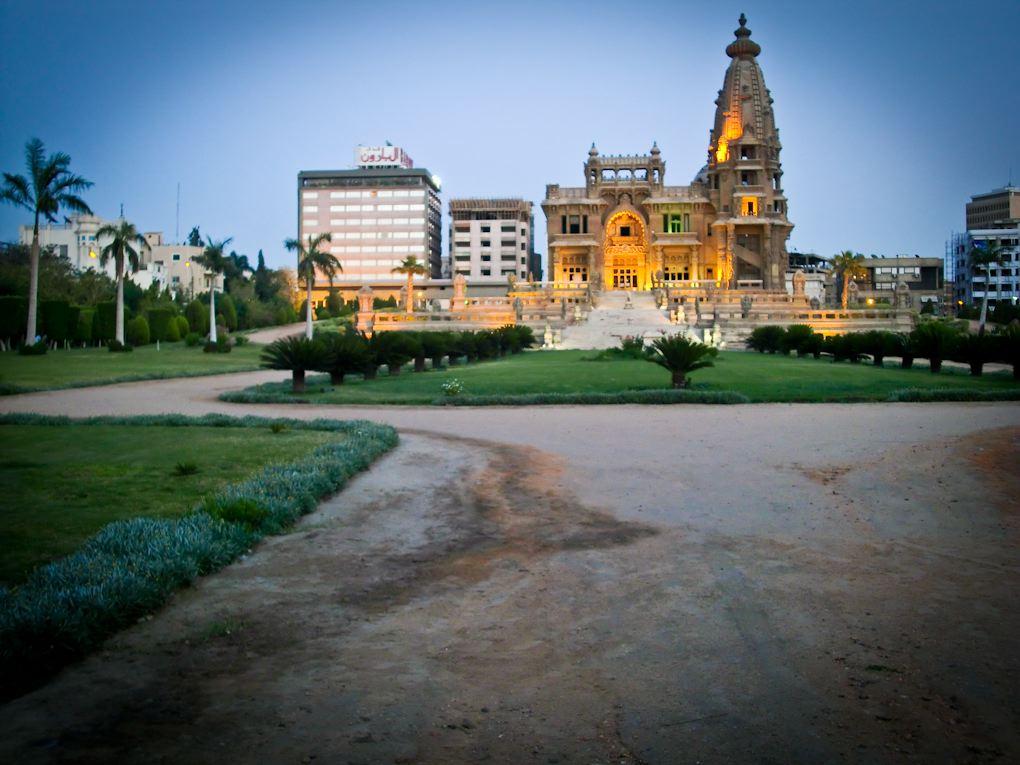 This distant photograph is as close as my zoom could get me to a building that caught my attention nearly immediately after arrival at Cairo International Airport. “They worship devils there,” my cab driver nonchalantly pointed out as we drove past the Baron Empain Palace in Cairo’s well-to-do Heliopolis area. The wealthy Belgian, Baron Empain, actually created the area in 1907 to become a center of luxury in what was then nothing but desert sand. Today, it’s where young Egyptians go to hang out in Starbucks and shop at European clothing outlets a block or two away from a palace that looks more like it belongs in southeast Asia than northern Africa. Empain went to Egypt in 1904, initially to check on one of his railway projects that was in danger of collapsing; later building the palace to overlook his new upscale Heliopolis. Or imprison his daughter who eventually went insane – depending on who you ask, of course. Then there are the mirrors that bleed, caused by his enraged wife (not too happy with his extra-marital relationships). But wait, it’s just getting weird.

There are also persistent rumors that the tower rotates (or used to) so the interior would always be lit by sunlight whenever possible and a few people have mysteriously fallen to death here as well. Perhaps. While most people in Cairo you ask about the Baron Empain Palace will give you some version of one or more of these stories, they persist because the entire site was closed after Baron’s death in 1929. It’s not Satan-worshiping or orgies that have kept the Baron Empain Palace closed but rather the fact that it was sold to foreign investors from Saudi Arabia long ago.

The palace, unmistakably inspired by Cambodia’s Angkor Wat, was bought back by the Egyptian government in 2005, only to be closed nearly 2 months later. Claims to the deed by Baron’s grandson resulted in a legal case which has been mostly forgotten since the Egyptian revolution.

Years of neglect has seen the Baron Empain Palace vandalized many times, with the offbeat Satanic verses to Nazi swastikas; left not by devil worshipers but mostly drug dealers and users who often bribed their way into a free hangout. Easily one of the most interesting structures in a city that sits in the shadows of the Great Pyramids, the Baron Empain Palace could be an important part of Egypt’s recovering tourism industry – if and when it eventually opens to the public for good.

You can see more of Heliopolis and Cairo in the gallery here.