In Pictures: The Costumes Of The 2011 Las Vegas Star Trek Convention - foXnoMad

In Pictures: The Costumes Of The 2011 Las Vegas Star Trek Convention 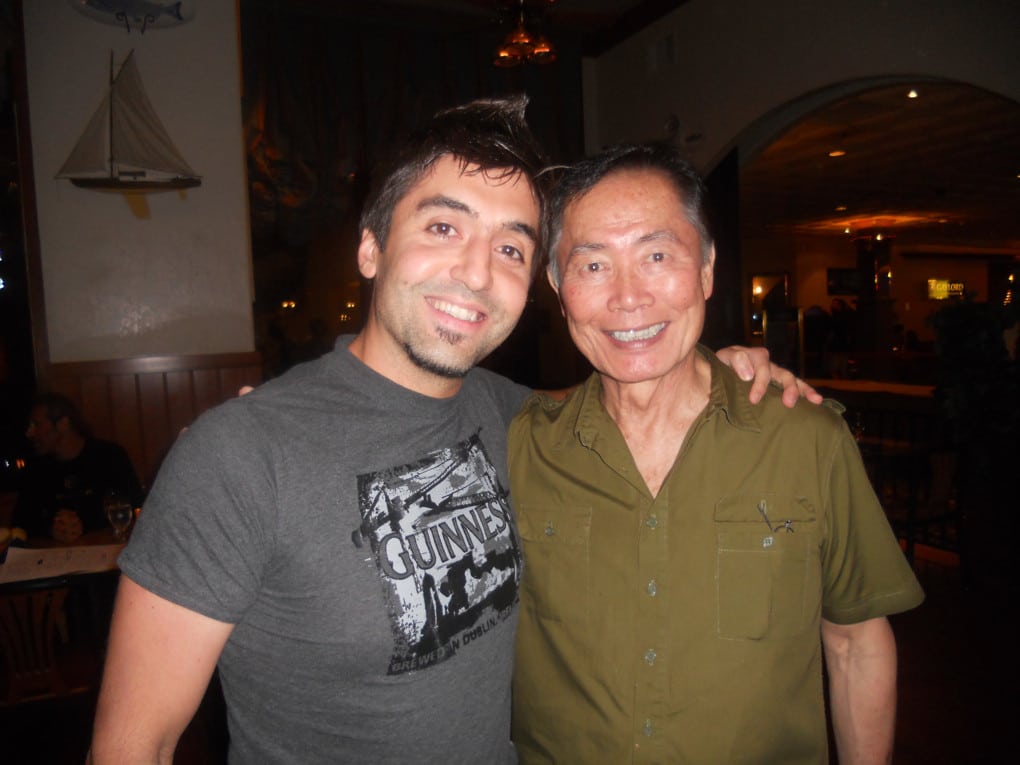 Those of you who’ve been following me anywhere online for any length of time have probably come to know I’m a huge Star Trek fan. I attend conventions on occasion but had never made it to the largest one in the world held every year, over 4 days in Las Vegas, Nevada – until last month.

I’ll be writing more about this convention in the coming days (and here’s a beginner’s guide to the whole thing if you’ve got no clue what I’m talking about.) Basically a Star Trek convention is where fans of the shows meetup to hang out, meet the actors, and…yes, dress up in a variety of costumes. The Star Trek convention in Las Vegas this year was held at the Rio All Suites Casino and Hotel, and well, there’s nothing like watching a group of Klingons play craps while three drunken Vulcans gamble at the blackjack table next to them.

Enough people dressed up as various aliens at this convention (more than 1,100) to break a Guinness World record for most Star Trek costumes in one place and celebrate the show’s 45th anniversary. (Yesterday in 1966 was the first time Star Trek aired on television.)  Sci-fi fan or not, a convention certainly changes the visual landscape, even in a city where unusual dress is often hard to define.

This guy’s species might be able to teach you a thing or two about bargaining and getting a good deal anywhere on Earth. 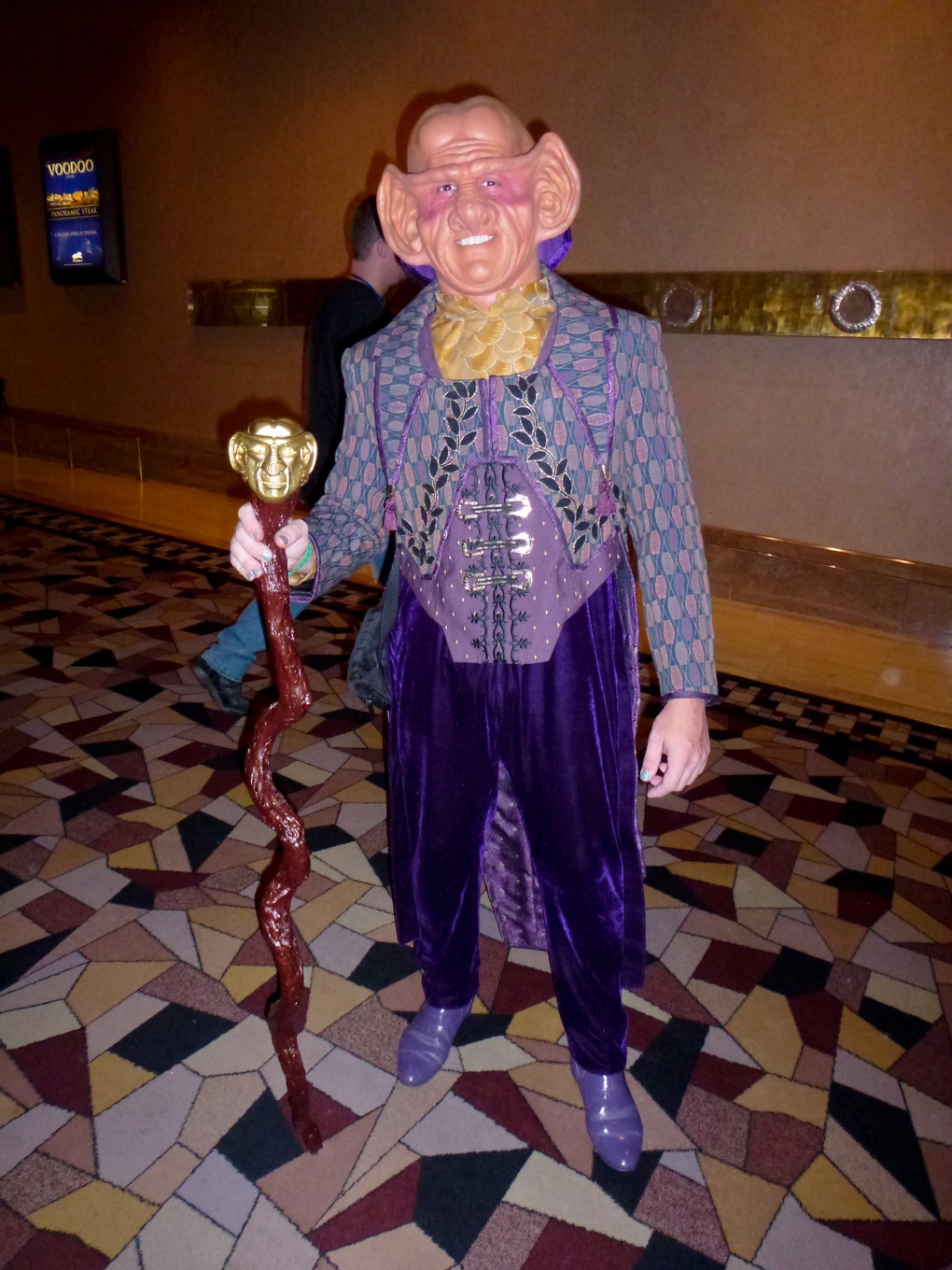 These ladies actually come from one of the best planets in the galaxy to visit if you’ve got a vacation coming up and have a thing for skiing and snow. 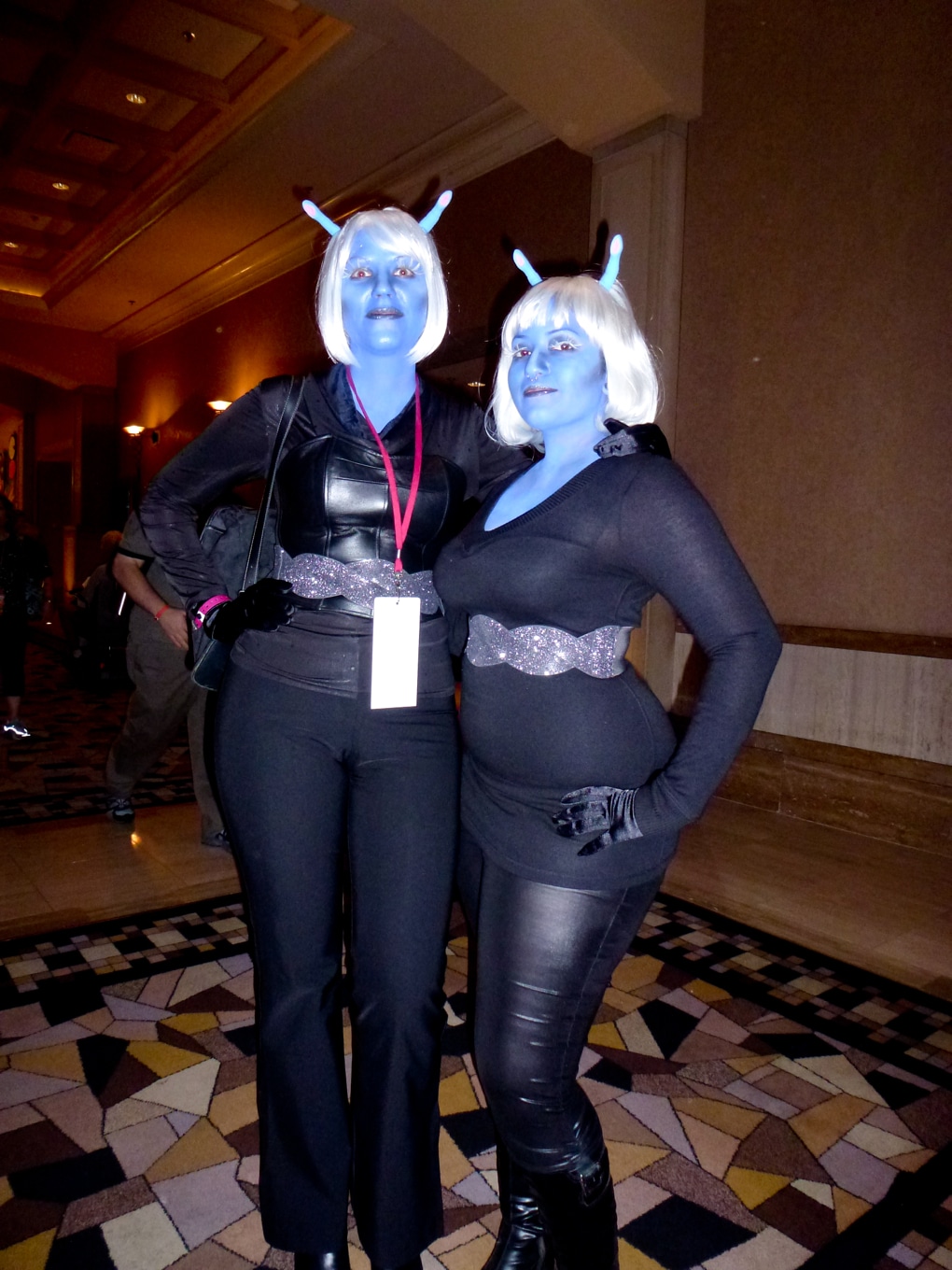 These two were the nicest Klingons I’ve ever met and actually had a different Klingon outfit for each day of the convention. 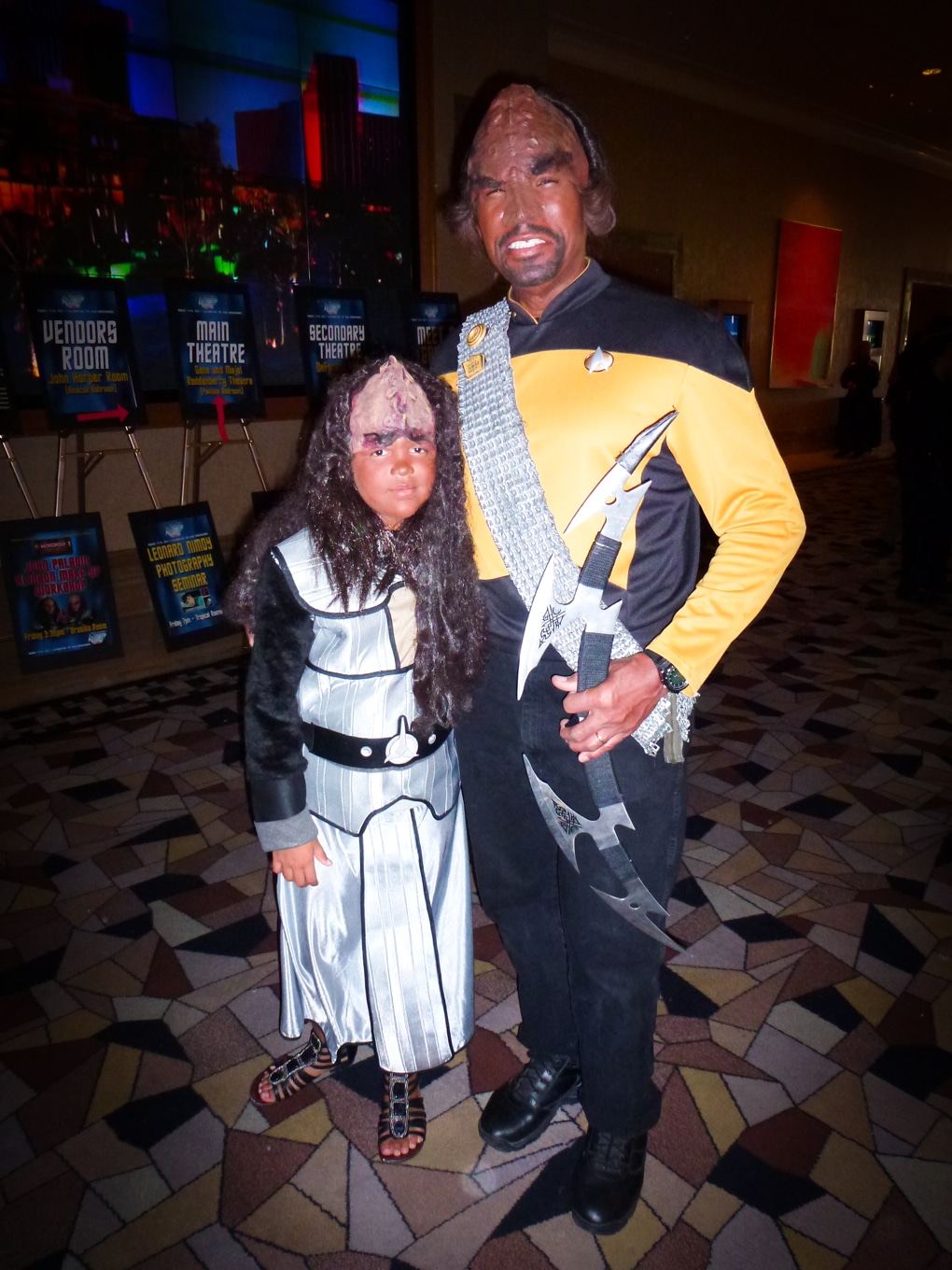 Admittedly, Orion slave girls aren’t something I come across frequently in my travels. 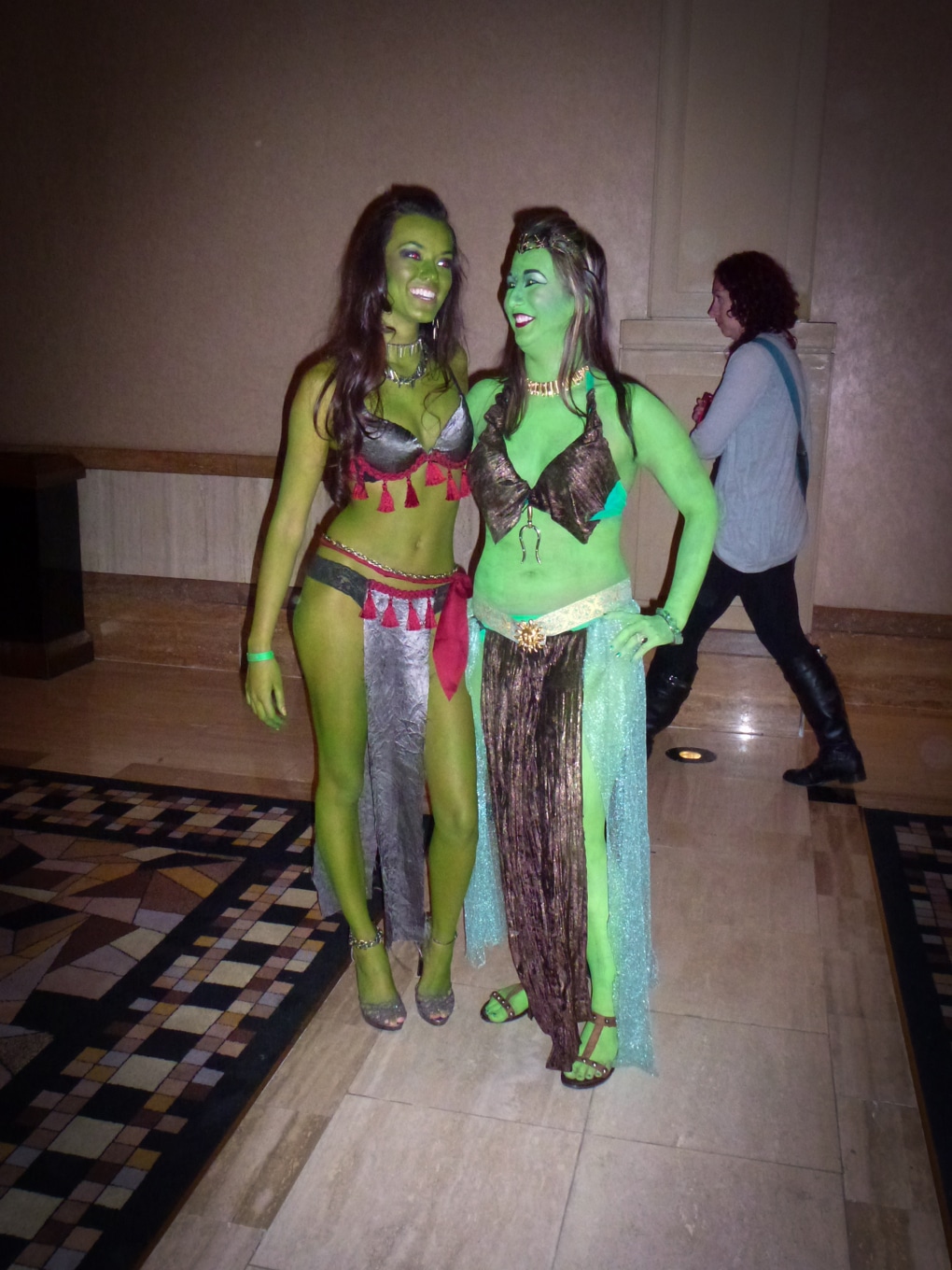 …so when I do, I figure I should say hi. 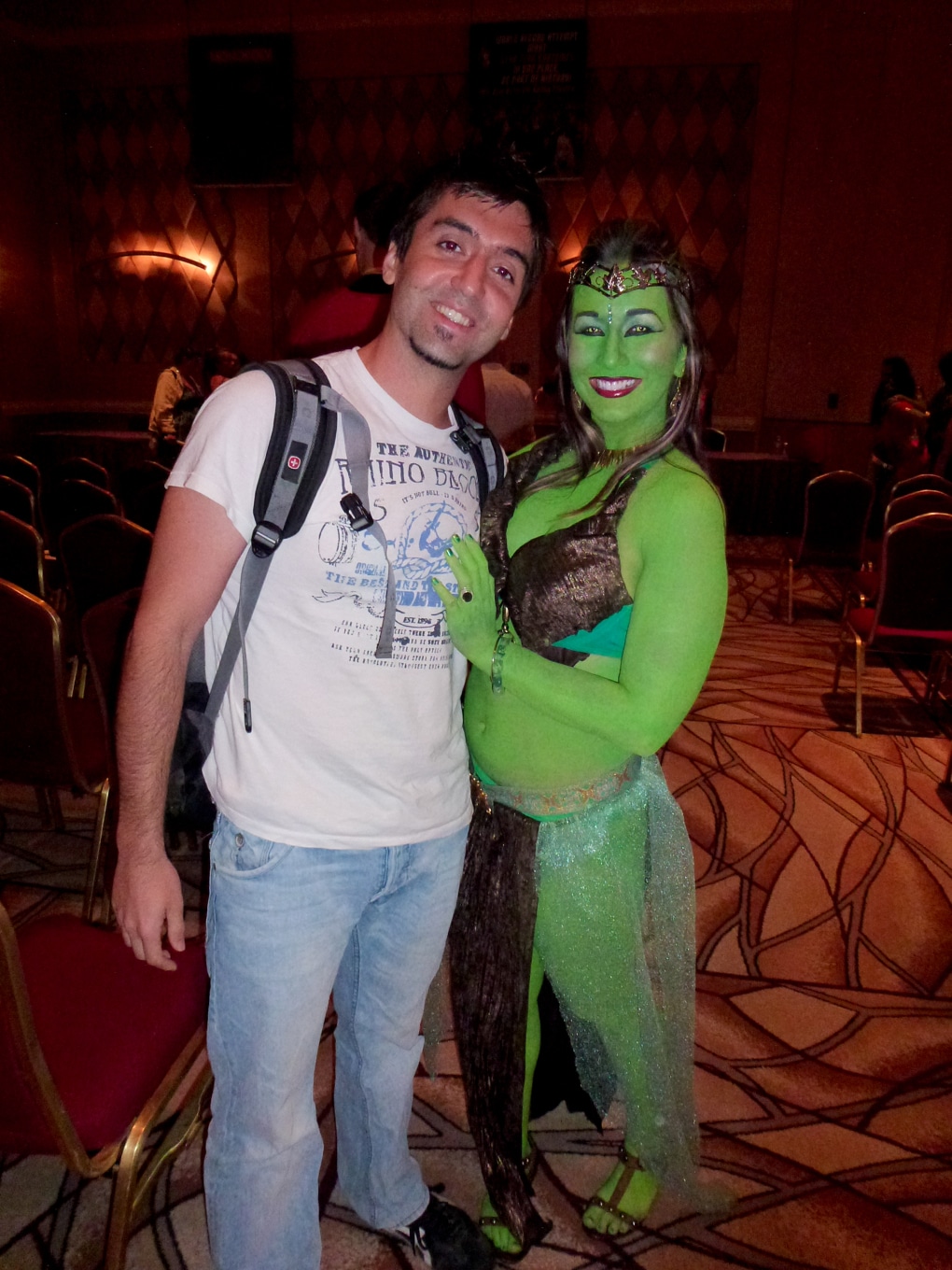 The Tallest Vulcan I’ve Ever Seen

Who is also holding a My Little Pony doll. I’m as confused as you are. 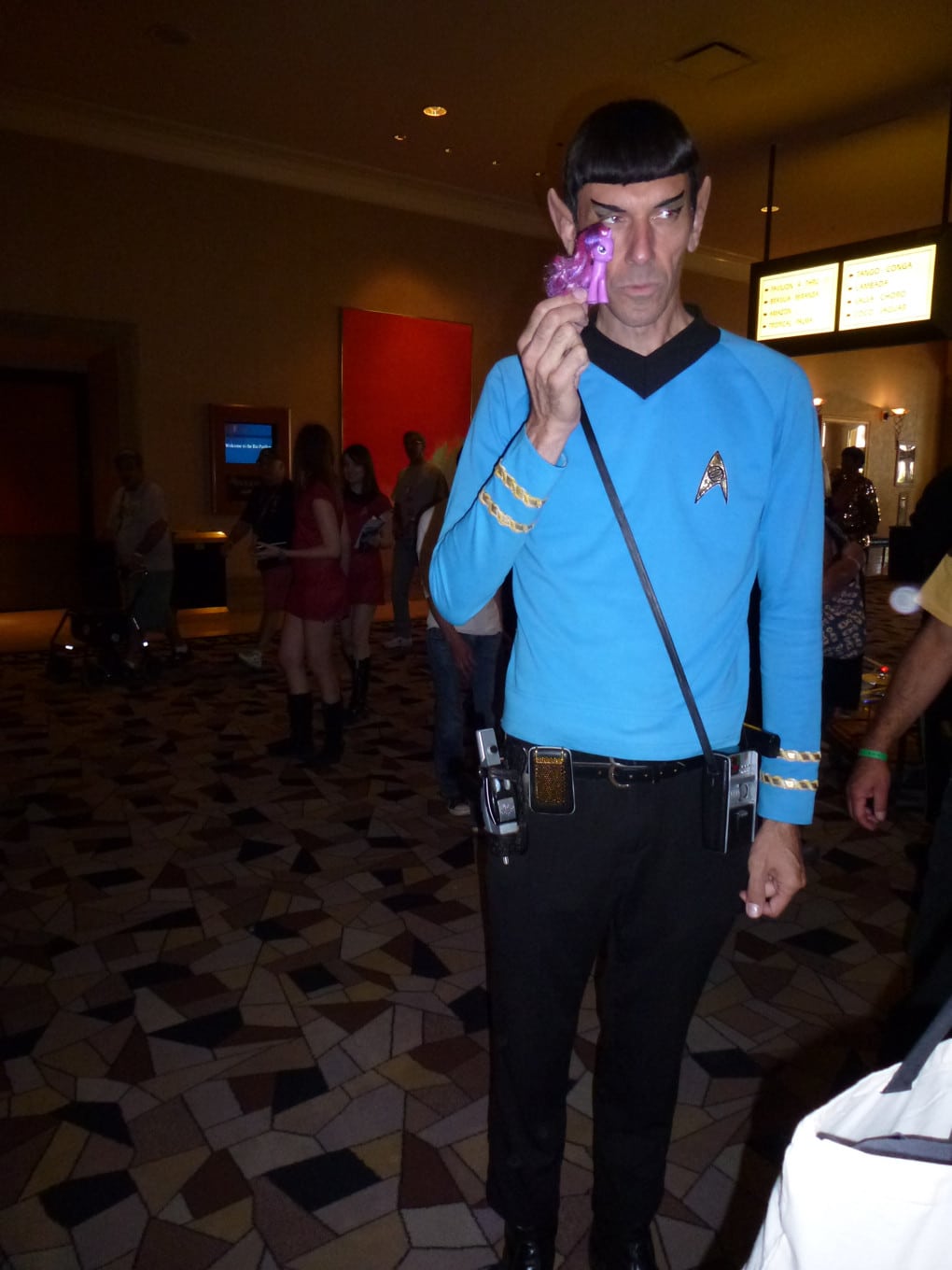 Thanks, But I Just Got A Haircut

To be honest, I don’t know what episode from the original series these two are from but I didn’t tell them that until I was out of extremely-large-crazy-blade range. 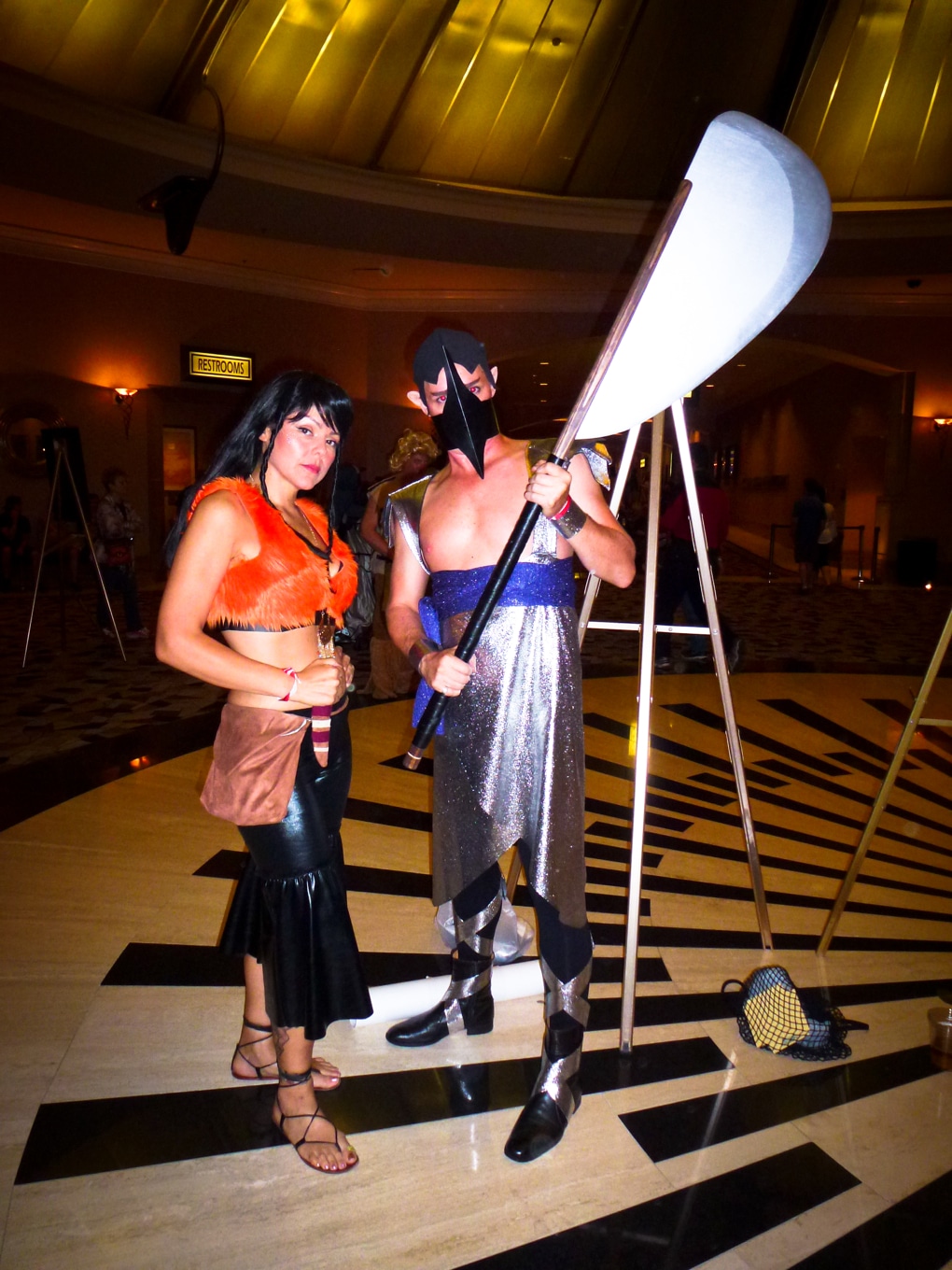 This gentleman won the costume contest that was run during the convention, netting himself $1,000 to assimilate. 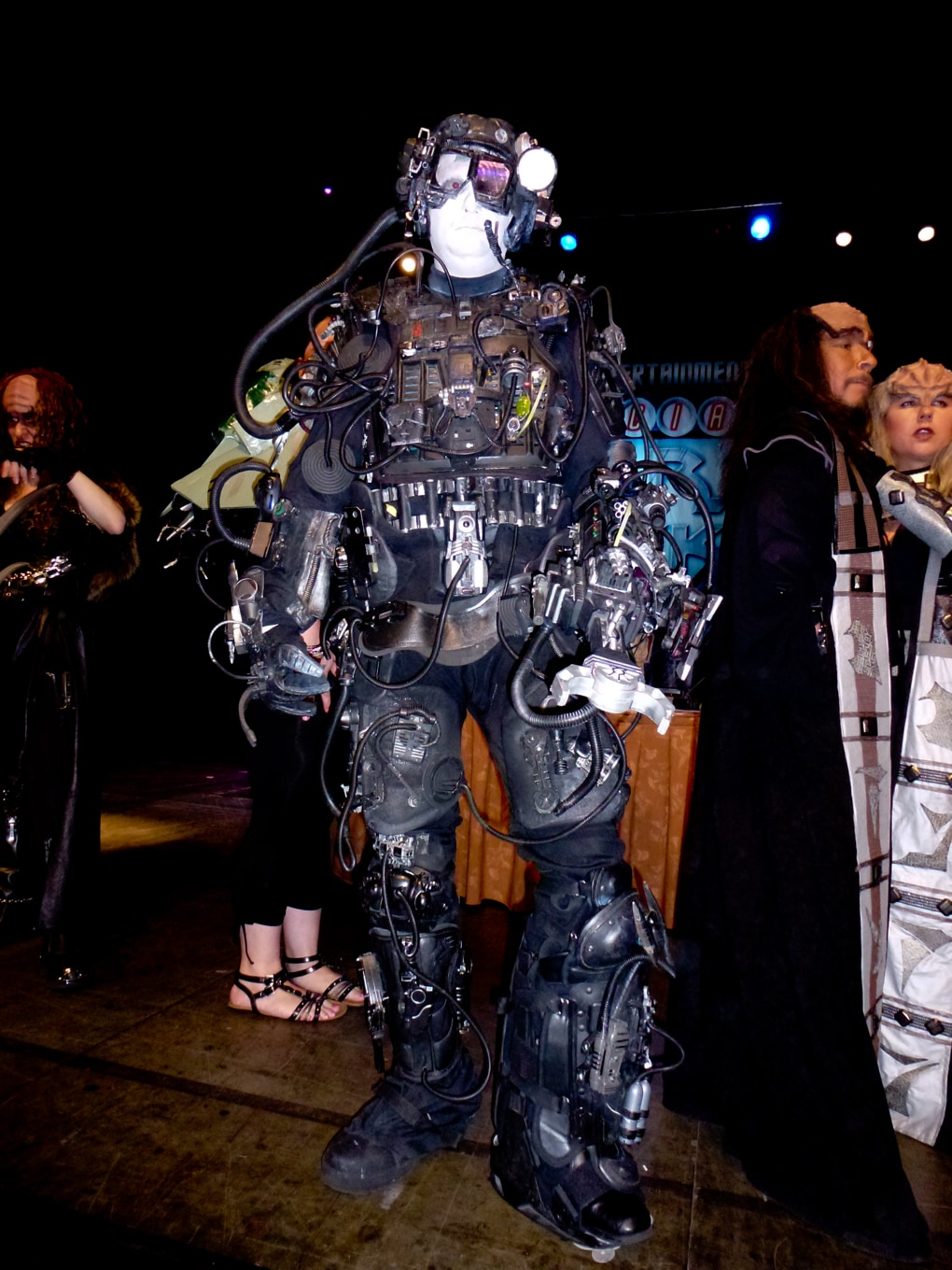 Where The Costumes Come From

Many (like the above Borg) are homemade and generally the most creative, but standard uniforms are on sale at most conventions. 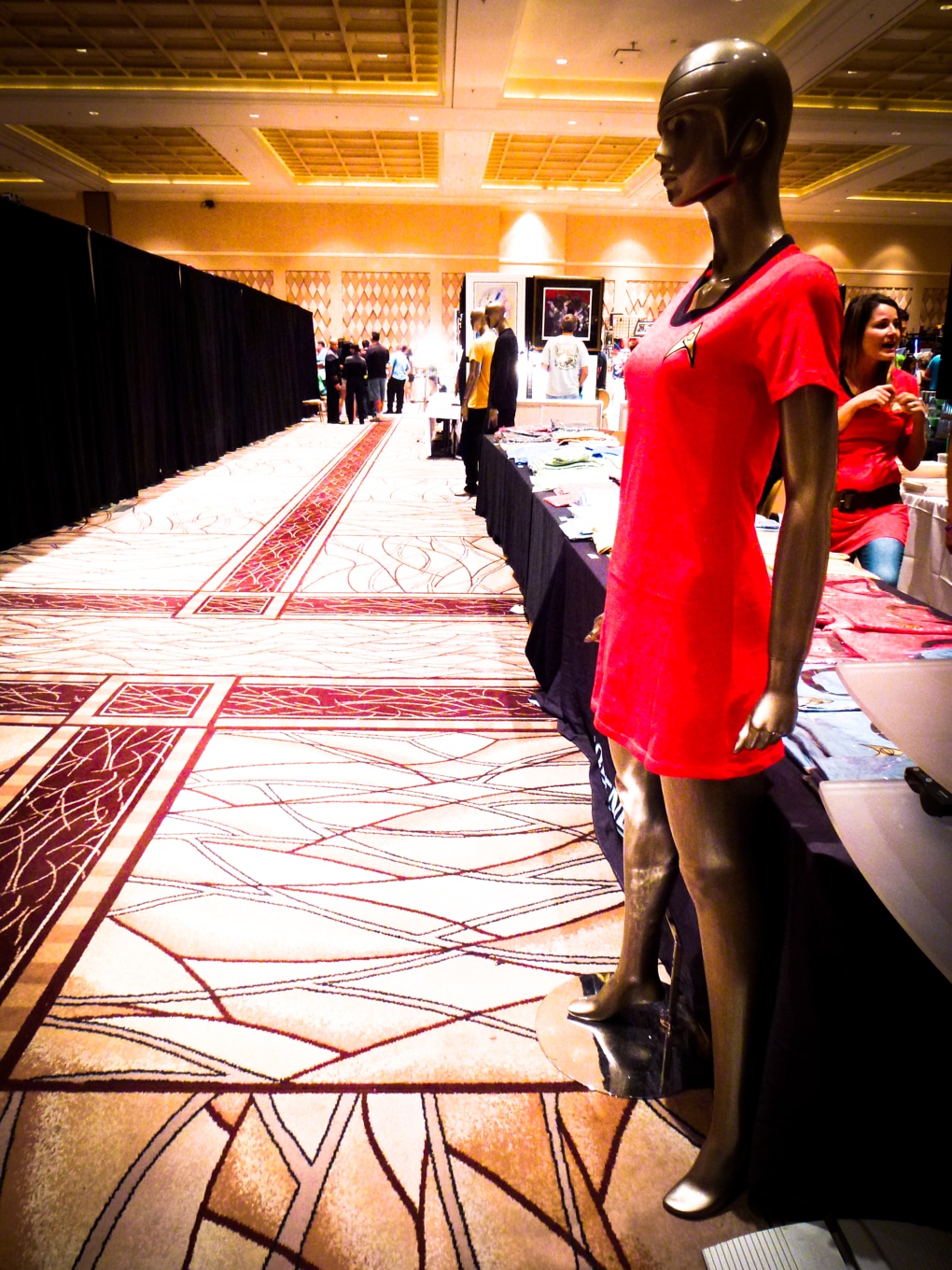 A White Alien Gorilla With A Horn…Duh

From the ever cheesy episode A Private Little War, and the other guy is dressed as Captain Kirk in that same episode. 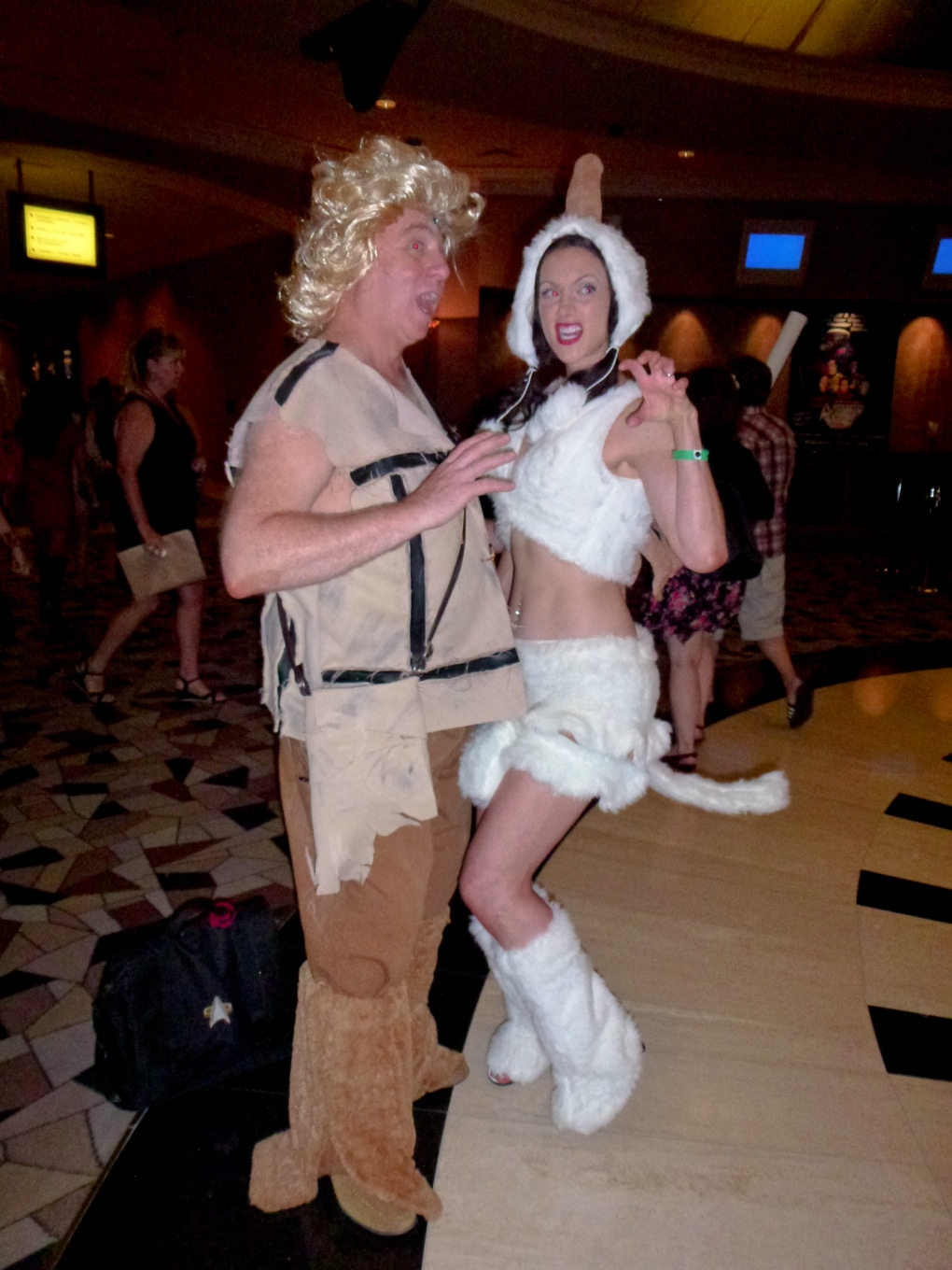 Anything in Lego form is better. Never forget that. 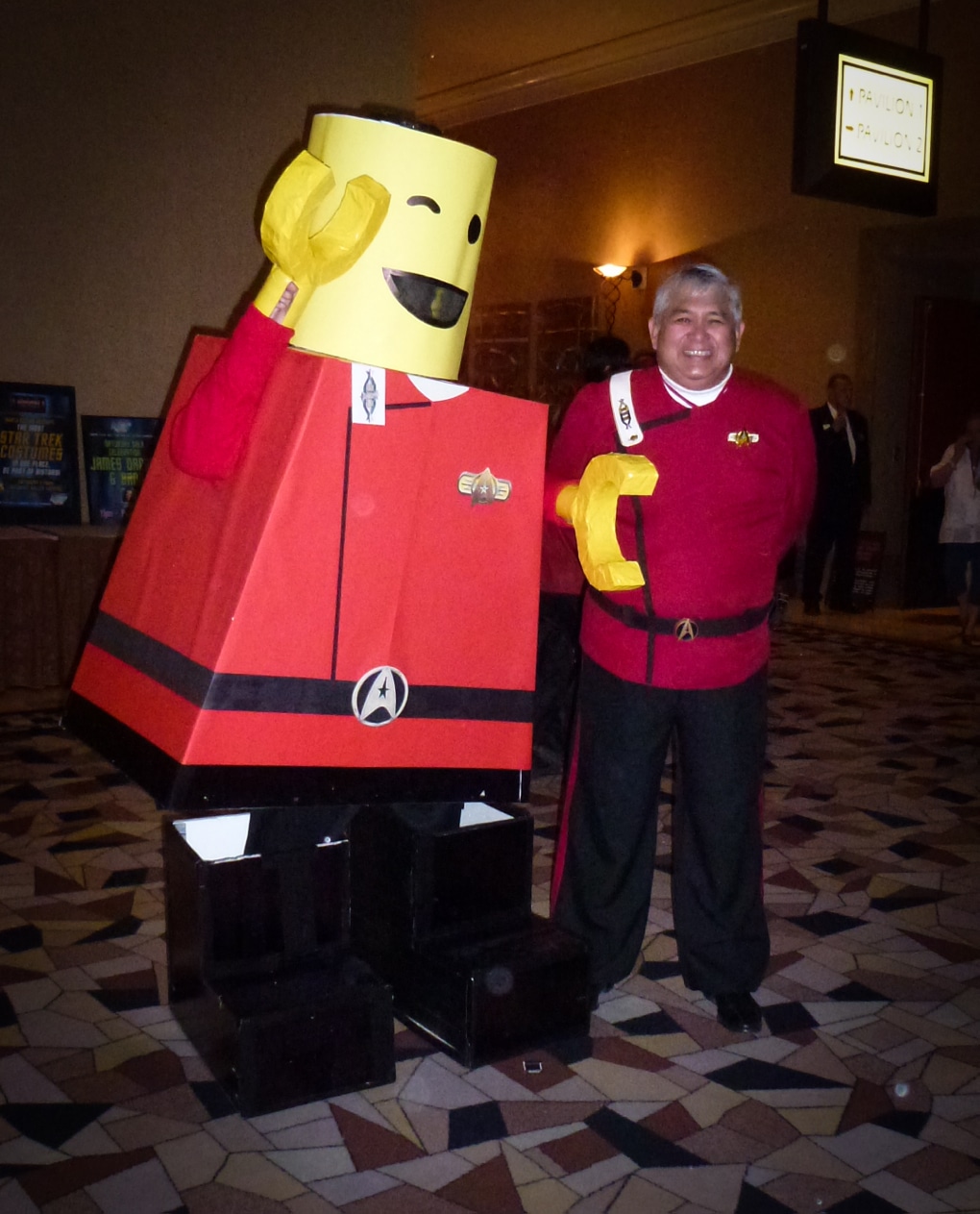 This guy gets points for creativity and you get nerd points if you get, and chuckle at it. 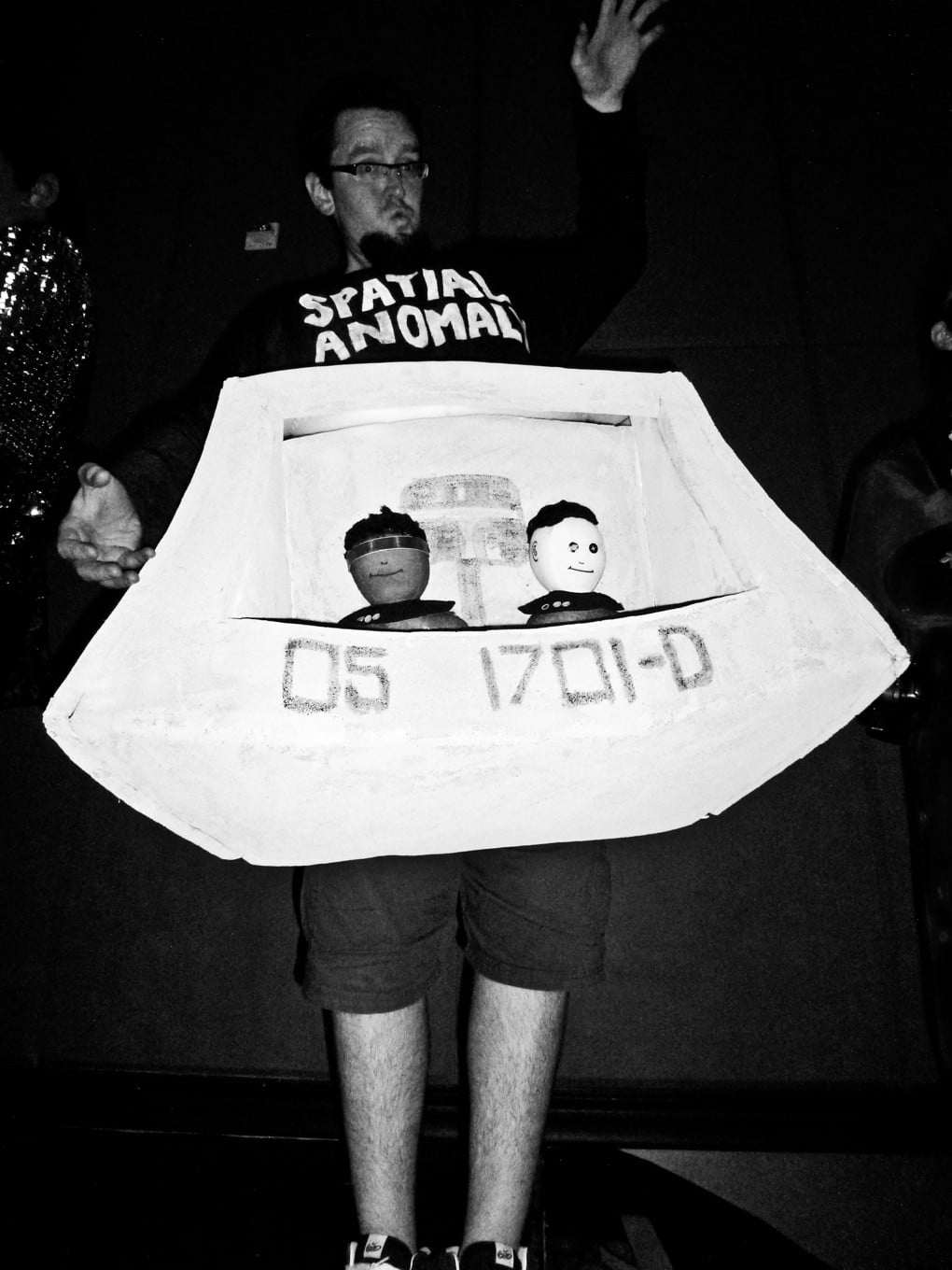 RELATED
This Is A Picture Of The Very First Starbucks

And so is the Rio All Suites Casino and Hotel. 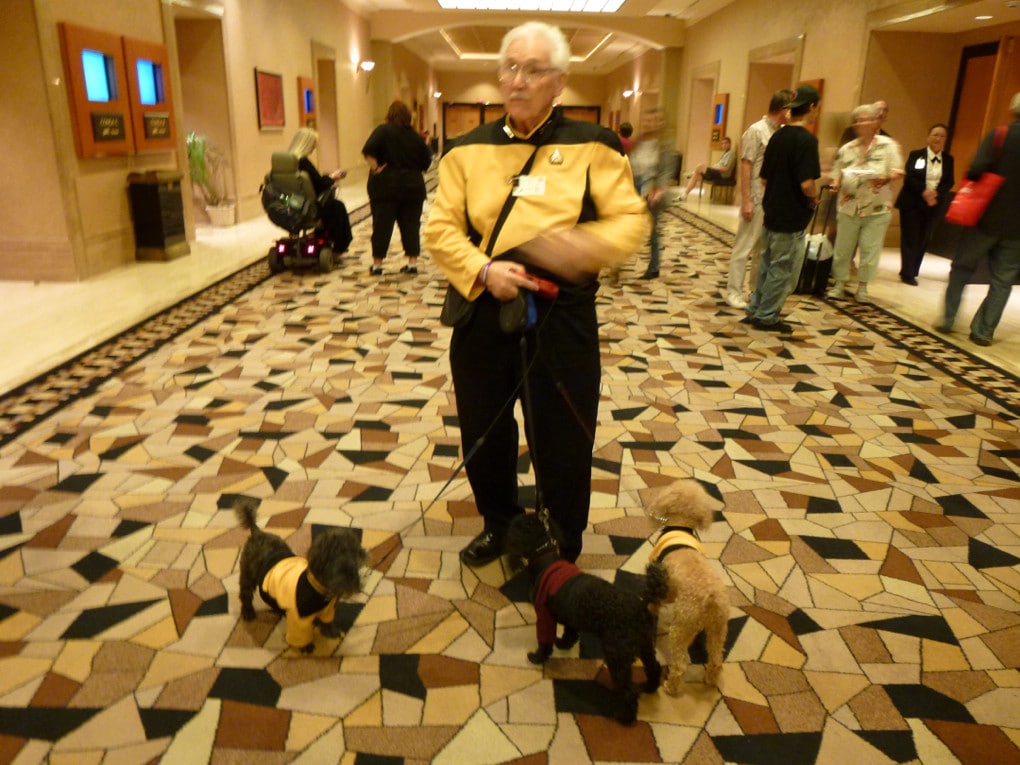 Starfleet seems to have a pretty liberal wardrobe policy. 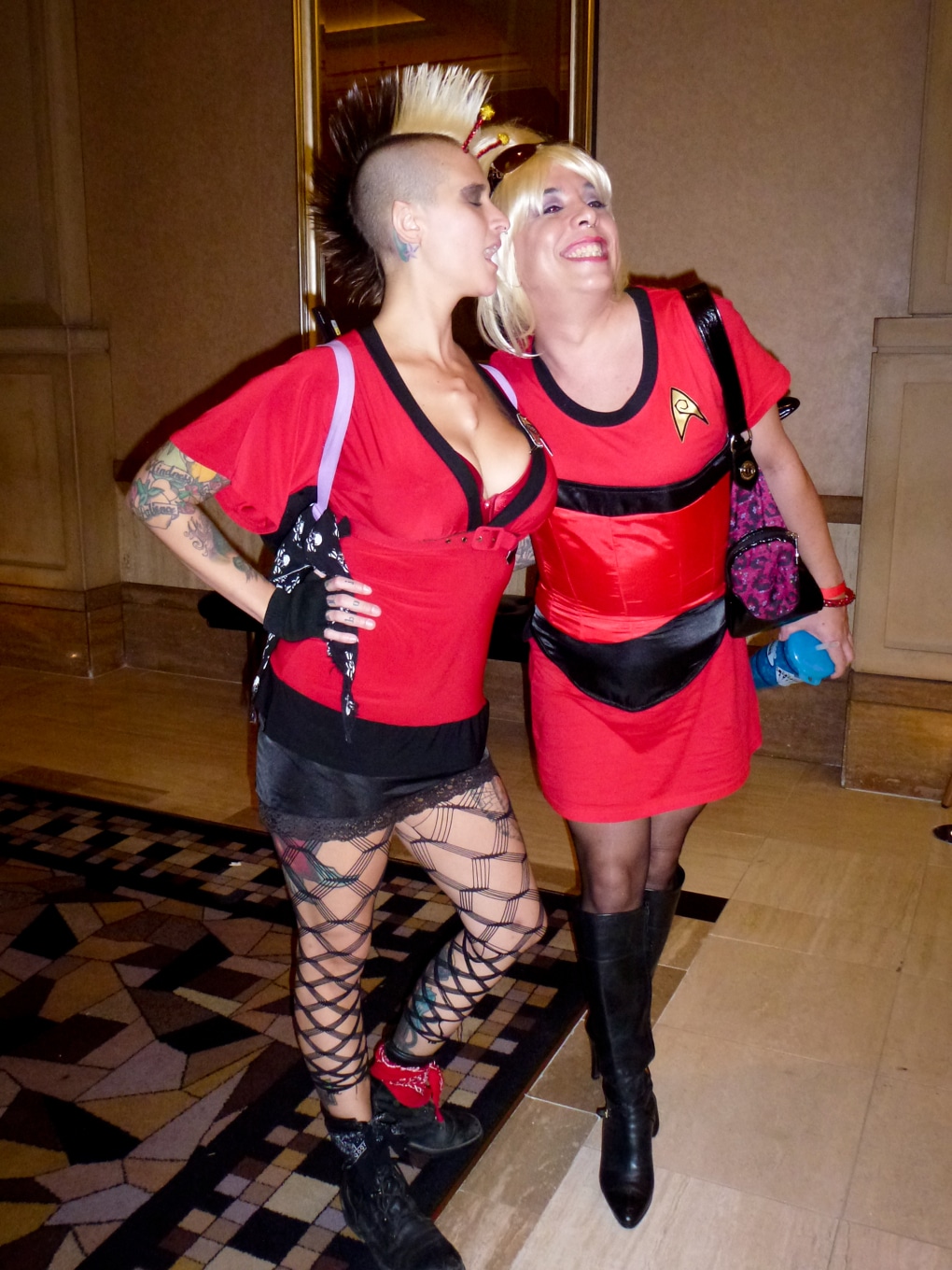 That bat’leth (Klingon sword) isn’t plastic by the way, so be sure to stay on her good side. 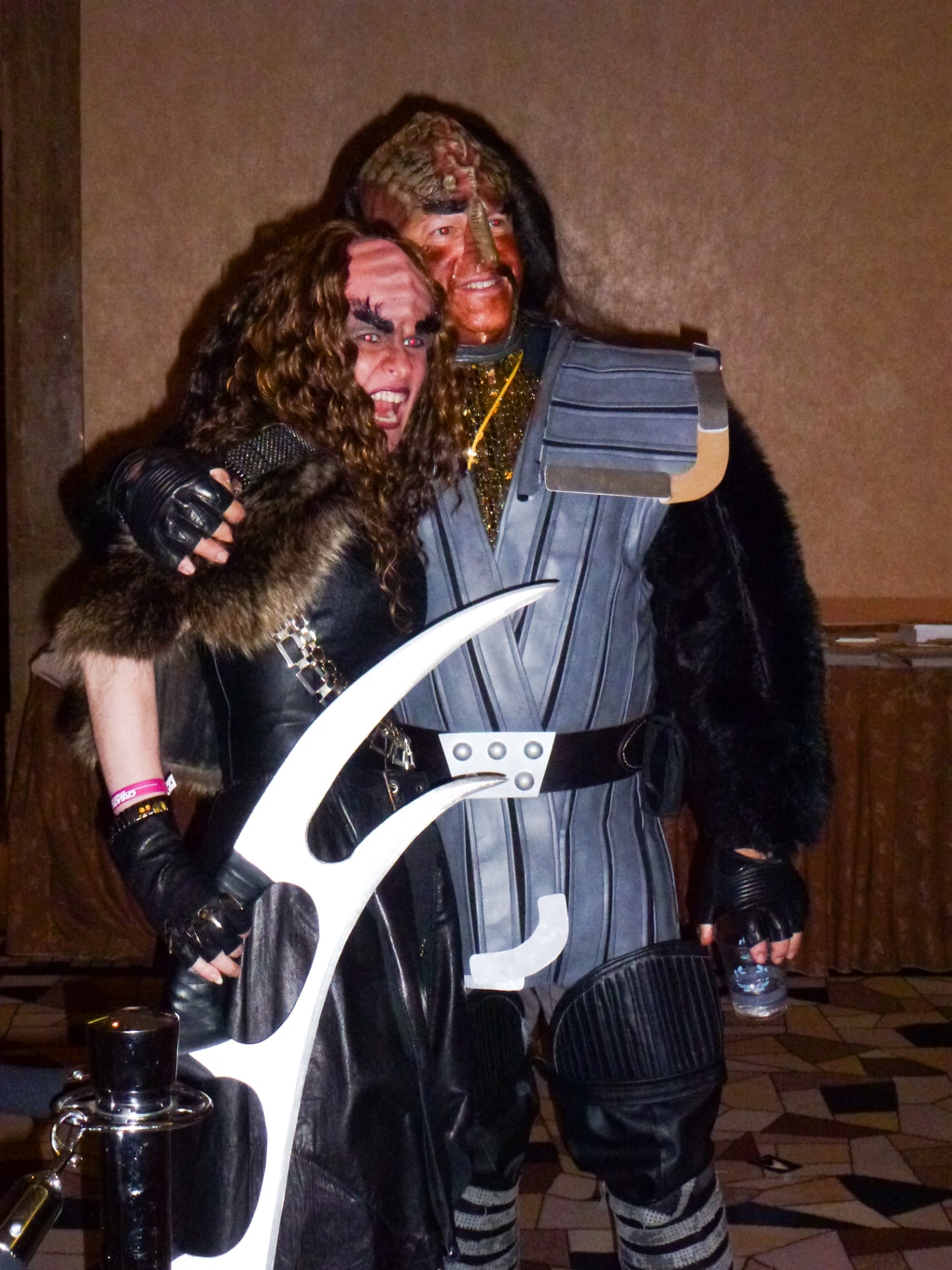 Hope he didn’t get too close to the Klingons, especially the ones that were armed. Which was pretty much all of them. 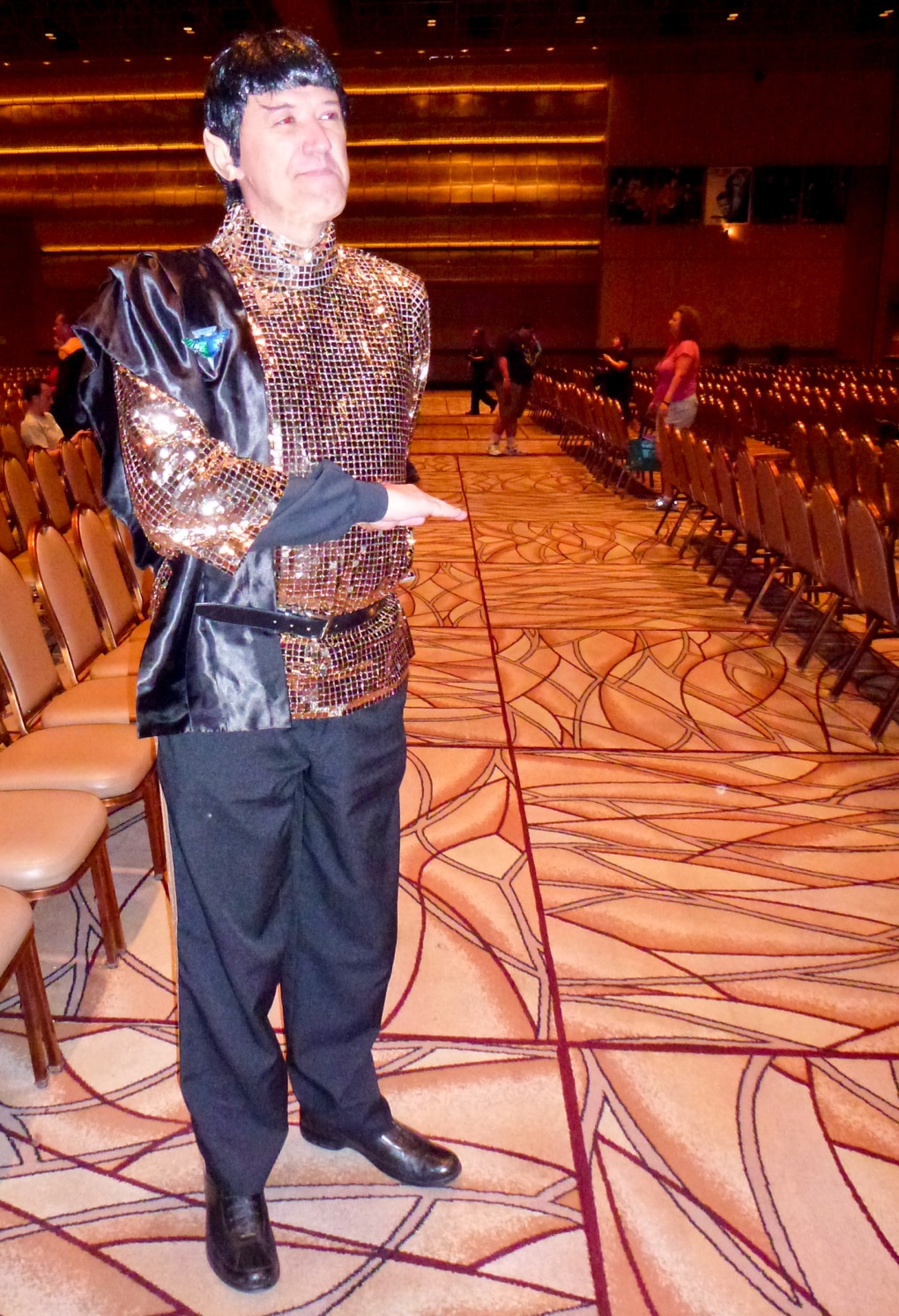 More From The Costume Contest

I wish there were a tutorial somewhere on how to photograph aliens because I just couldn’t get it down over the 4 days. It was much easier to get a photo of Max Grodenchik without his makeup from Deep Space Nine, above. 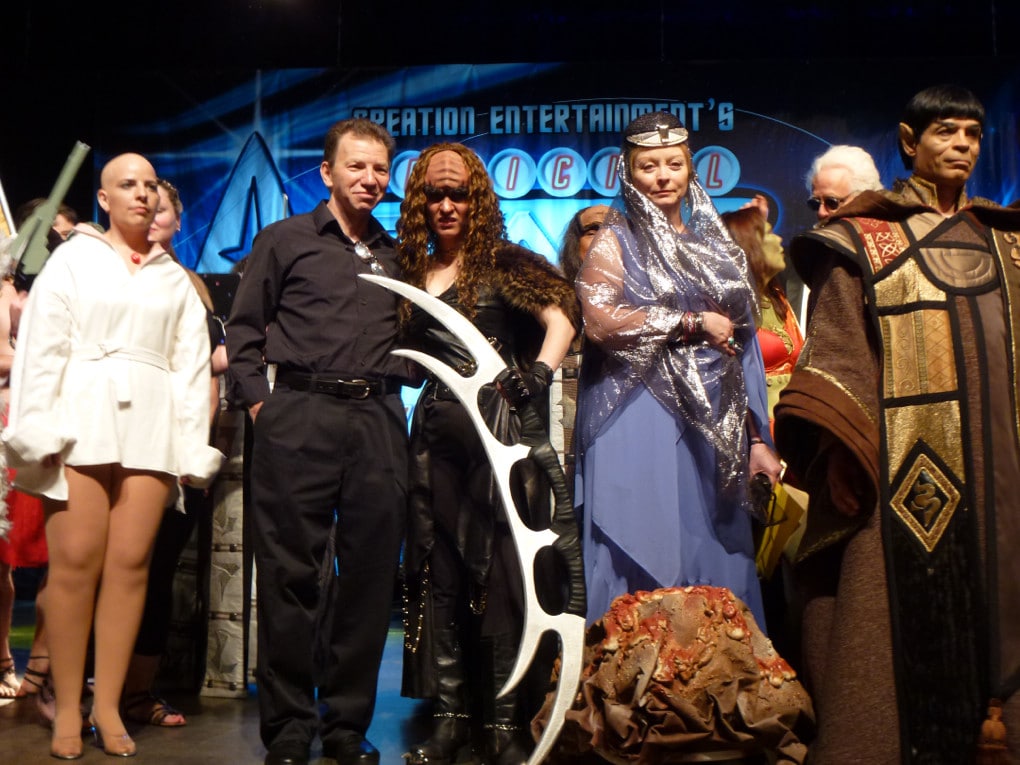 The Following Runs Deeper Than The Surface

So much of what brings people to conventions (originally a fan grass-roots effort to keep the show alive after it was canceled) is creator Gene Roddenberry’s bright vision for humanity’s future. One brought on through exploration and the understanding we are all much more alike than we are different. In Star Trek, it takes aliens landing on Earth for humanity to realize what we can already simply by traveling more of our own planet.

For a few more aliens and the rest of Las Vegas, check out my album here.