A delegation from the Klingon Empire has arrived in Stockholm, Sweden, for a cultural exchange in order to promote tourism to Qo’noS, their home planet. The “Visit Qo’noS” event is being held at the Turteatern through March 24th and when I found out, I booked booked plane tickets immediately. You can see part of the show in the video above and if you’re in Stockholm, watch until the end of the video for a small gift.

There was plenty of blood wine, opera, as well as a demonstration of stereotypes Klingons have about humans and vice versa. From their outside perspective, it seems the Klingons have also picked up on some less-than-stellar cultural integration happening on Earth today.

RELATED
Live From Kiev: Ask Me Anything You Want To Know About Traveling In Ukraine As Euromaidan And Turmoil Continue 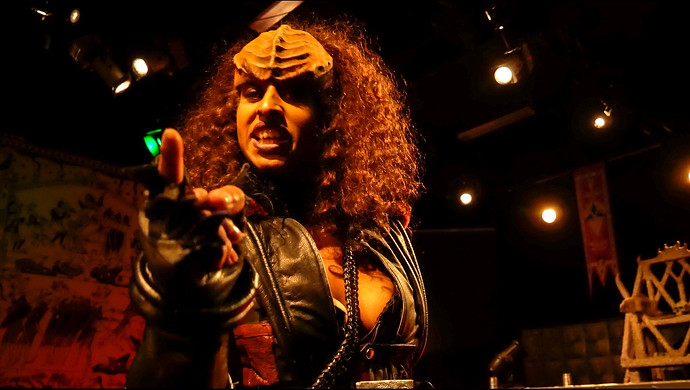 The Visit Qo’noS show is funny, incredibly performed, and very entertaining. I can’t imagine any Trekkie not enjoying the Klingons but even if you’re only casually aware of Star Trek, the Visit Qo’noS event will be one of the most interesting tourism promotions you’ll ever attend.

How To Visit Qo’noS

Visit Qo’noS runs about an hour and fifteen minutes, with several shows per week beginning at 7pm. Turteatern is located right next to the Kärrtorp metro stop on the green line (end station Skarpnäck). You can get tickets for Visit Qo’noS here, check out the Visit Qo’noS tourism site here, and learn how to visit the Klingon Empire with honor (without losing your life). Qapla!