How To Fly With An Emotional Support Animal (ESA) - foXnoMad

How To Fly With An Emotional Support Animal (ESA) 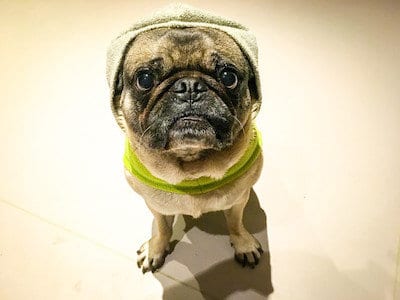 You probably read recently about United Airlines barring a woman and her emotional support peacock from boarding a flight. Those reports made me wonder what it might take to book a flight with an emotional support animal – a koala bear in this case – in the video above you can see what happened.

What Is An Emotional Support Animal?

An emotional support animal (ESA) is one that provides therapeutic benefits without being trained to perform a specific task for a human with a disability. Essentially, ESAs benefit their owners with affection, attention, and companionship – making them different than services animals (e.g. seeing-eye dog). In the United States service animals fall under the Americans With Disabilities Act (ADA), ESAs do not.

The major difference being, for example, a person with a service dog can’t be denied entry into a restaurant that doesn’t allow dogs. Seeing eye dogs aren’t considering in-cabin pets either. Laws vary around the world but often some legal distinction is made for service animals.

ESAs on the other hand have no such legal protections. You can however, still fly with an ESA, under some circumstances.

In general, most airlines will let you fly with an ESA. As I learned trying to book a flight with a fictional koala, a lot of them have, or are putting, restrictions into the type of animal. Dogs, cats, and “household” birds are the norm, but people have flown with more exotic ESAs such as hedgehogs.

What turns a dog (on paper) into an ESA is a letter from a licensed medical therapist stating so. There are also a number of websites that let you get an evaluation letter from a therapist for $130-250 dollars, with packages allowing for turnaround as short as 48 hours. I can’t vouch for any of the popular websites that provide this service but many people use them. Evaluations are done over the phone but there are no refunds – approved ESA or not. ESA therapy letters are generally valid for one year.

Given how quickly the rules are changing on ESAs (likely due to peacock lady), you may need some additional documentation. ESAs are being required to have proof of standard vaccination, as well as a letter from a vet saying the animal has had behavioral training or is otherwise well-behaved.

RELATED
A Photo Essay Of One Of The World's Most Neglected Tourist Destinations: Socotra Island

Since airlines typically restrict the total number of animals that can be brought in cabin on a given flight, the more advance notice you give, the better chance you’ll have with your ESA. Give the airline a call, let them know about your ESA, and once you send them your documentation, you should be good to fly.

Putting aside the cost of the documentation and vet visits for an ESA, most airlines don’t charge a pet fee for an ESA. Larger breeds might also be allowed on board too (above the regular pet weight limit). Since it’s relatively easy to get an ESA certificate, many people are probably abusing the system for these advantages as well as pushing the limits of what species an ESA can be.

The latest rule changes shouldn’t negatively affect people who genuinely need, and want to travel with, an ESA. Everyone else, you might want to brush up with the ultimate guide to traveling with pets and how to fly with your dog to make sure you both have a great flight.