Plovdiv’s Roman Theater Sees Time And Use In Bulgaria Today 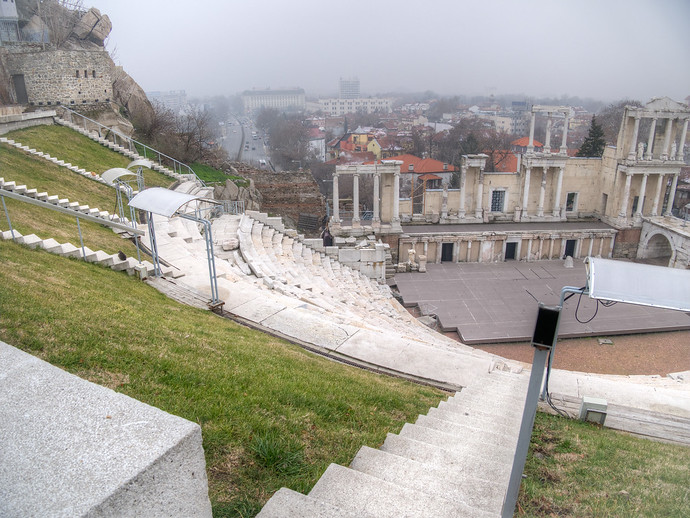 All the world’s a stage, some stages though their own players, over time, playing many parts. Built in the first century AD at the height of the Roman Empire, Plovdiv’s Roman theater has hosted plays, gladiator fights, and more recently, metal concerts. Rumored to have been damaged by Attila the Hun (evidence is scant) and later buried by landslides, its discovery again in the early 1970s is a second act worth visiting.

Bulgaria is full of these lesser known historical sites, like Asen’s Fort, which are visually impressive in blending city and nature. Plovdiv’s Roman theater is in center of Bulgaria‘s second largest city of the same name – one of many potential day trips from the capital Sofia. Photos are possible from the gates above but its worth an entry ticket to wander around inside, sitting for a moment to contemplate what these seats have witnessed.

Don’t forget to walk down to the bottom looking to the sides of the stages where there are some small areas to explore. A few inscriptions remain; where various residents should sit and reservations for important people long since passed into oblivion.