What Happens If You Overstay A Tourist Visa? - foXnoMad

What Happens If You Overstay A Tourist Visa?

You may know the concept of a border run, that quick hop across an international border to reset a visa, but what happens when you overstay your tourist visa? The answer is that it depends on several key factors, the passport you’re carrying, the country in question, and how long you’ve overstayed your visa. For most travelers with a US, Canadian, or European Union (EU) passport, it can be easy to overstay a tourist visa without realizing it, since most countries don’t require a visa application from you prior to entry. In fact, if you’re on an RTW, it’s easy to lose track, and here’s some information on what happens and what you can do. 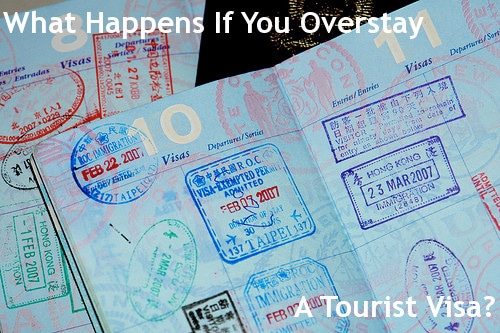 Poof! Nothing Happens Right Away

It’s not that storm troopers are going to bust down your hotel door the second you’re visa expires or stop you in parking lot. In fact, in most cases nothing will happen for a long time. Technically speaking, overstaying a tourist visa for more that 180 days in the US is grounds for deportation and inside the Schengen area is not permitted. While it is never good to overstay a visa, generally you won’t run into problems until you leave and try to reenter that particular country.

Cultures of Border Control: Schengen and the Evolution of European Frontiers 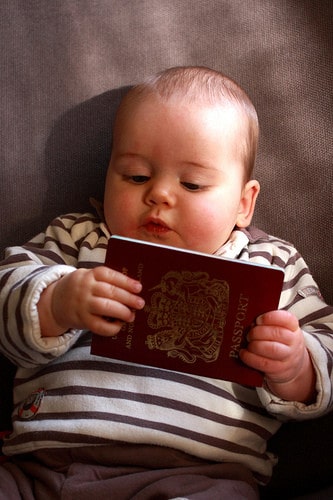 Your Nationality Is Important

Many US citizens frequently overstay their European visas (since they don’t realize you can only be in the Schengen area for 90 days out of each 180) and are allowed reentry. US passports aren’t carefully scrutinized in Europe and in the US your results may vary. With a return ticket and valid reason for entry (for those who’ve overstayed a previous visa) generally most EU citizens won’t have trouble reentering the US. Australians, New Zealanders, Canadians, and a few other nationals also likely won’t face difficulties reentering assuming the initial overstay wasn’t too long.

Generally speaking, countries aren’t worried about an influx of tourists, they’re more worried about people coming on a tourist visa and never leaving. Typically this type of overstay isn’t associated with EU, US, Canadian, Australian, or New Zealand nationals.

How Long Did You Overstay?

That’s an important factor the person checking your passport upon reentry will be looking for. Did you overstay your tourist visa for a few days or months? They may ask you the reason for your overstay or why you want to reenter the country. The shorter the overstay the better but not overstaying at all is best.

Reentry Is The Issue

Even if you overstay a visa and are admitted on your next trip to the same country, on your third time there you may still be denied entry based on the fact you did overstay one of your visas. That’s up to the passport control officer (or embassy issuing visas) to determine. It all depends on how closely your passport stamps are inspected. That can vary based on the time of day you enter (late at night officers tend to be less diligent), the person in front of you (what passport did they have and if it took a long time), along with your passport and what you look like.

You’re best bet is to never overstay a tourist visa and find out the requirements that apply to you by checking out the specific country’s embassy website. That’s the only way to guarantee you won’t be denied entry with another valid tourist visa or encounter problems based on your previous negligence at the border.