Traveling as a dual citizen can reduce the number of visas you have to deal with from country to country but can leave you with many questions before booking your next trip. The rules are often murky at best and vary widely from each paired nation whose passports you may happen to be carrying. These are the simple answers to the more intricate questions dual citizens tend to ask when considering to take advantage of their multiple passports.

Before digging into this list, I recommend you brush up on the basics of how to travel with two passports if you’re a dual citizen to make sure you’ve got the fundamentals covered. Then, run down these most frequently asked questions to find out how to handle common scenarios that many dual citizens will face at some point in their travels.

How Should I Check In At The Airport?

This is easily the most common – yet misunderstood – process travelers using two passports come across when crossing multiple borders.

Here are the basic steps to follow starting with number one: check in with the airline at the airport using the passport for the country you will be heading to. So if you’re a U.S. citizen with dual French citizenship heading to Brazil (which requires a visa for Americans but not the French) at the airline desk you’ll show your French passport. The airline is more concerned with where you’re going and if you’re legally allowed to do so. Passport control on the other hand works in reverse, checking to make sure you entered the country legally and didn’t overstay your travel visa. (Here’s what happens when you do.) Back to our U.S.-French example, at passport control in say, New York, you’ll show your American passport. Get stamped and on your flight (when boarding again if asked, show your French passport). Upon arrival, at passport control in Rio de Janeiro, you’ll present your French passport. Repeat in reverse to return to the United States.

You’ll want to follow this basic formula when switching between your various nationalities, keeping in mind not to do so (and stick with one passport, visas and all) if either of the countries you’re traveling to doesn’t either of your dual citizenships. 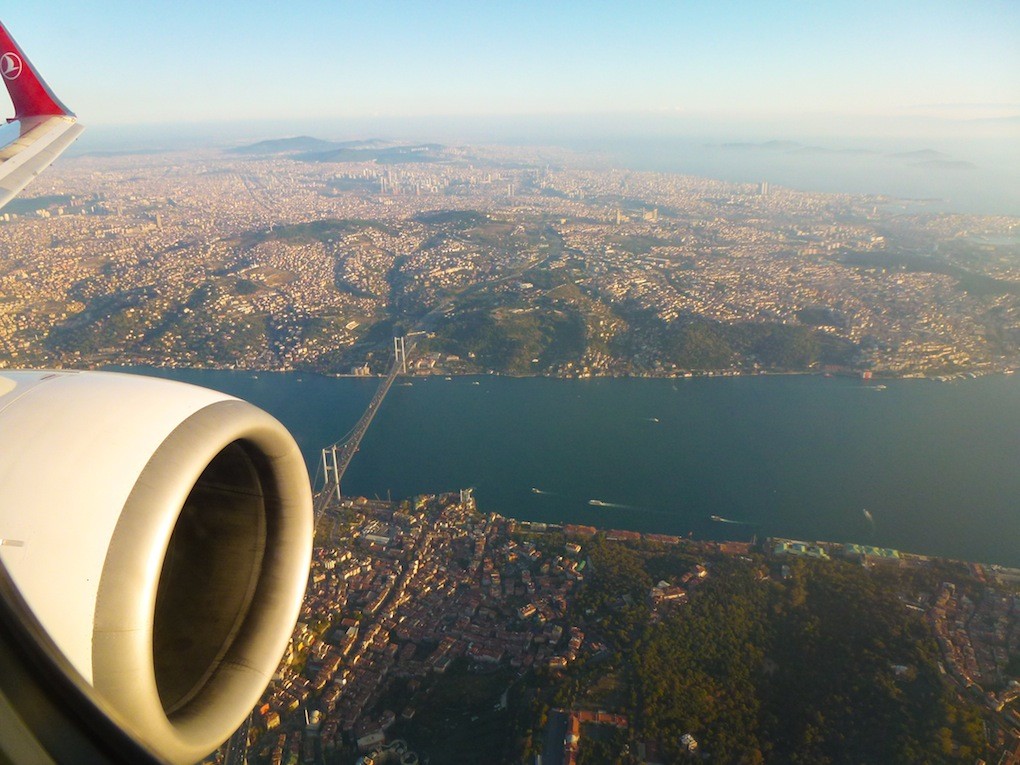 Will My Home Country (Or Countries) Be Suspicious If I Don’t Have Corresponding Stamps For Places Nations I’ve Visited?

They shouldn’t, unless there’s some sort of restriction your country places on travel to the places you’ve been (e.g. Americans going to Cuba). The other caveat is if your country doesn’t allow dual citizenship – admitting to having one can cause problems. In either of the latter examples, do your specific research prior to traveling. Otherwise, remember that your country of citizenship doesn’t care as much about what you did abroad so long as you didn’t break any of their rules.

Which Country’s Embassy Should I Visit If Needed?

Generally speaking, you go to the embassy of the country whose passport you entered a nation on, if you need assistance when traveling. When in either country where you possess citizenship however, the Master Nationality Rule applies. That means your other country of citizenship cannot provide you diplomatic protection when you’re visiting another country you’re a citizen of.

Is It Legal To Switch Passports To Avoid Visa Fees?

For the most part, yes, however the practice is not encouraged by any government. (And the countries whose visa fees you’re trying to get around aren’t exactly excited about you doing it either.) Follow my dual citizen check-in formula above.

Can I ‘Switch’ Passports While In A Country? (For Example To Extend A Schengen Visa Stay?)

No. You’re recognized as the citizen of the passport you entered a country on. Legally, citizenships are always separated, you can’t blend them. Nice try though. There are other ways however to extend your Schengen stay and other visits elsewhere in the world. What If My Name Is Different In Each Passport?

That my friend, can cause problems, if that name doesn’t match your transportation (i.e. air) tickets. But like all things, it depends on how big the differences actually are. If your middle and first name happens to be reversed or you were recently married and have documentation to prove a maiden name change, it’s almost never a problem. Otherwise, try to get all of your documents with the same name.

Where Is The Best Place To Get Definitive Answers For My Specific Situation?

Your embassy. Here’s how to find the contact information for embassies all over the world and the place to begin is the one in the nation you’ll be visiting. The office or government department that issued your passport should have the domestic answers you need as well. Although it takes time and effort to get an answer, they’re the only places that can give you information with certainty, so stay on them until you get what you need.

Finally, What Are Some General Guidelines I Should Follow?

Aside from what’s listed above, realize the limitations of dual citizenship for your travels. Sometimes switching passports may not be feasible or recommended and you’ll have to simply use one passport, paying the fees for visas that may entail. Also, always enter a country you’re a citizen of with their passport and whenever in doubt – go to an official government source to get the complete details.