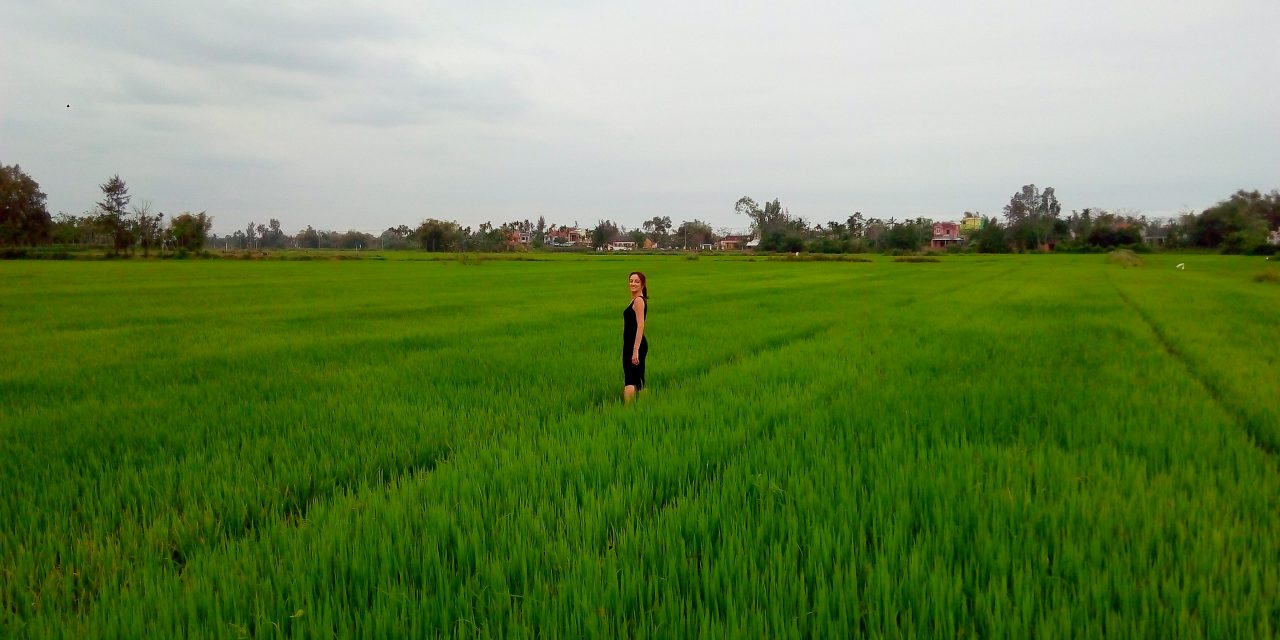 This is a guest post by Claudia Tavani, a former human rights lawyer and academic who has previously written about traveling in Cuba and the 5 best beach in Sardinia, for foXnoMad. Claudia, who is from Sardinia, abandoned her career to follow her true calling, which has taken her on many adventures and misadventures across the world which she shares on her blog, My Adventures Across The World.

A favorite destination among backpackers for being a super-budget destination, Vietnam is a gorgeous country that has a lot to offer. So much so that Vietnam can be overwhelming and without a bit of insider advice, you might end up picking expensive or lackluster choices for food, tours, or accommodation.

I spent weeks in Vietnam and want to show you how to ease any culture shock (as Vietnam can hit you hard) plus avoid the many, many tourist traps. Here is everything you need to know to prepare a trip to Vietnam.

Start By Picking The Right Time To Visit Vietnam

The weather in Vietnam varies a lot from region to region (there are three different climate zones) as well as within the same place in a short period of time.

Even though I don’t recommend planning too much around the variable Vietnamese weather, the best overall months to visit would probably be April or May.

How To Get A Visa To Vietnam

Citizens of more than 20 countries – mostly western European and southeast Asian – can get a Vietnamese visa on arrival if arriving by air. This visa, which is free, allows to stay in the country for up to 15 days, but for everyone it’s necessary to show proof of leaving the country within that time period. (Yes, they do ask.) Everyone else, you’ll have to contact your local embassy for specific visa requirements. Keep in mind in all cases your passport will need to be valid for at least 6 months from the date of entry into Vietnam.

The official currency in Vietnam is the dong (VN). One US dollar is worth roughly 22000 VN. Dollars are generally accepted in hotels, in some shops and even at markets, but it is better to use dongs in order to save on the exchange rate. When exchanging money at the bank, go with an idea of how much you should be given for your US dollars using a free app like Currency, making sure to check that you get the correct amount. Tellers often pretend to forget to give exact change in an attempt to pocket a little for themselves.

There really aren’t any major safety issues in Vietnam, not even for female travelers. The biggest challenge for travelers in Vietnam is crossing the street in (always) very congested traffic, dodging scooters and cars that never stop for pedestrians. You’ll also have to deal with scams but in both cases, being prepared will help you avoid any trouble.

In order to cross the street, keep on walking without ever stopping keeping in mind to avoid cars and trucks. Traffic won’t stop, but scooters will make sure to drive around pedestrians and somehow nobody ever seems to get hit.

Common scams are the typical ones of the tourism industry: prices which are doubled or tripled for tourists, with the right amount of applied pressure to push you into buying tourist services.

The key to avoid tourist rates is to haggle fiercely at markets (I generally offer about one-tenth of the price asked, working my way to a price I think is fair based on that). For taxis, insist on paying by the meter.

Hotel personnel can often get quite intrusive (if not aggressive) when asking about your plans for the next few days, then try to pressure you into buying tours (since they receive a commission). The best thing to do in this case is to give elusive answers; “I don’t know” or “I have no plans yet” usually work.

The best way to cover long distances in Vietnam is by plane. Traffic is extremely slow (up to 5 hours to cover a mere 150 km) not to mention the driving truly terrifying. All forms of motor-vehicle are constantly honking machines that are uncomfortable because they’re packed tight with bags placed overhead without regard to gravity. So unless you like long, life-threatening adrenaline rushes, take a plane.

It is also possible to travel by train. I took the night train from Hanoi to Lao Cai, the main city to access Sapa Valley, finding it a nice experience. I was able to rest on the small bunk I was assigned in a train car that was fairly clean and comfortable. You can buy the tickets directly at the train station in Hanoi, or online through the Vietnam Railways System website. All trains to the north of Vietnam leave from Tran Quy Cap station (Train Station B, P Tran Quy Cap, open from 4:00 to 6:00 am and from 4:00 to 10:00 pm every day).

In cities, taxis are easily available and inexpensive. As I have said before, always ask to pay by the meter. An easy alternative to taxis are moto-taxis, which are a fast, cheap and fun way to get around. Moto-taxis are easily recognizable: the drivers sit right by their motorbike on the side of the road, and have two helmets. In smaller cities and in the countryside, bikes are a fun and cheap way to get around.

Lots of people opt to stay in homestays but beware that many of them are very spartan so research thoroughly before booking. Here’s a homestay in Hoi An I can recommend:

Keep in mind most hotels offer free wifi though you’ll have to put up with flaky connections.

What And Where To Eat

When in Vietnam, the best way to enjoy a meal is in the street or in the markets, or in small local eateries. Soups are to die for, especially the delicious pho bo, which consists of rice noodles in a slowly cooked beef broth, served with bean sprouts and raw beef sliced so thin it cooks in the broth. A whole meal (including drinks) can be as cheap as $2 USD.

A note that seemingly vegetarian and vegan dishes (e.g. tofu dishes) often have fish sauce in them. One easy way to communicate food allergies or preferences when the staff speaks little or no English is to get on the Internet and show pictures of the specific ingredients.

I recommend going to Vietnam with a backpack rather than a suitcase. More often than not, there are no elevators in budget hotels and carrying a suitcase up the stairs may well be a nightmare. Sidewalks are invaded by scooters, stalls, street food restaurants which make walking more like a steeplechase – not to mention getting on and off the boats in Ha Long Bay.

You will need a wind and waterproof jacket, a pair of hiking boots, lightweight hiking pants, plus a warm sweater if you’re heading to the north. For the south, cotton long pants and shirts to protect from the sun in the day and biting mosquitoes at night.

On the positive hand, people in Vietnam are generally nice, despite a language barrier in many cases. I found them to be way more reserved in the foggy north; conversely much more open, friendly with smiles in the south. They enjoy talking to tourists (as much as possible, given the language barrier!) and posing for pictures.

Are you ready to go to Vietnam? What do you look forward to?

You can follow Claudia’s adventures, including rafting down mighty rivers, zip lining across canyons, and trekking to the craters of active volcanoes on he blog, My Adventures Across The World. Have any questions about traveling to Vietnam? Leave them in the comments below and Claudia will do her best to answer them!