Do Airfare Booking Sites Offer Different Prices Based On The Device Or Browser You're Using? - foXnoMad

Do Airfare Booking Sites Offer Different Prices Based On The Device Or Browser You’re Using? 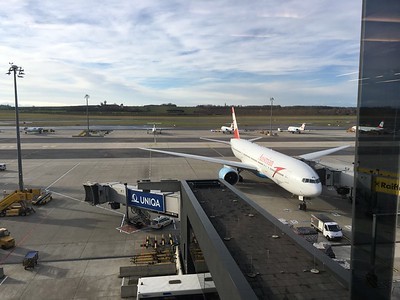 There is a lot of evidence that airline booking sites and airfare search engines offer different pricing to people based on their location – more specifically, by country. There is less evidence for, but many more rumors of, airlines manipulating prices based on the physical machine you’re searching from (e.g. an iPhone 7 versus a Galaxy S7 Edge) and even by the web browser you happen to be on.

It’s pretty easy to change the country you appear to be in using a VPN to find lower prices on plane tickets but is it worth it to go through the trouble to make it seem like your iPad is a Surface Pro? Or obsessively switch between Chrome and Firefox? This is a question more than one reader has brought up so here is what we know – and don’t – about how airlines change ticket prices based on your digital fingerprint.

Evidence Is Hard To Collect

All airfare search prices are the result of many, many, reasonable factors such as how full a flight is, how many people are searching for it, and the number of days before departure. You can search for the same flight and get different prices within minutes for a lot of reasons that have nothing to do with browser cookies, for example.

Added on top of all this is, as the consumer, we don’t really know the actual cost of a seat on a given flight at a given time. The airlines obviously want to profit as much as possible on a given seat (whose costs vary considerably up until the last ticket can be sold) plus search engines take their cut too. Many people logically assume both the flight search engines as well as the airlines, want to squeeze as much out of us as possible.

RELATED
Got An iPhone Without A Headphone Jack? RHA's MA650i Are Lightning Enabled And Pretty Good Too

I’m not saying airlines working fares in their favor is a conspiracy but like conspiracy theories, when one of them turns out true, it gives credibility to the rest. Orbitz, for example, shows Apple users higher prices first, since they tend to spend 30% more on hotel bookings. It’s not that the lower prices aren’t there, they were just being shown a lot lower on the list.

The problem during my testing over the past few months is that prices went up and down, but I was unable to correlate them to browsers or devices. Web browsers in privacy mode (i.e. no cookies, or search history) tended to show lower airfare more than half the time, until it came to actually booking. The infamous “this fare is no longer available” appeared regularly, making me think airlines show (what they think) are new users enticing rates to get them to click closer to a purchase.

Consumer Reports also found anomalies after several hundred test searches but similarly, couldn’t determine a definite pattern. To their credit, Kayak denies they use cookies or other browser information to slyly hike up prices:

“Cookies or no cookies, it is impossible for us to show different prices to different users,” a Kayak spokesman told us [Consumer Reports] when we reported our findings. He suggested that a difference of even a few seconds on simultaneous searches may have affected our results.

You can of course, run your own tests. Web browser plugins like User Agent Switcher for Chrome or Firefox can fool most websites into thinking you’re on a Windows machine instead of a Macbook, for example. (You’ll need to jailbreak or root your phone to do the same on mobile.) When you don’t have the most time, it’s best to stick to the best flight search engines and use a VPN like this to find discounts. Don’t forget that there are a lot more effective ways to get low prices on airfare than by trying to spoof your browser – plus you can stop chasing cheap flights to really save on travel.