It is often said that northern Iraq is the gateway to the rest of the country and the areas under the control of the Kurdistan Regional Government (KRG) are a relatively stable place to start for adventurous travelers. Traveling in northern Iraq is easier than you might suspect – albeit with some drastic differences from many other destinations to take into account. 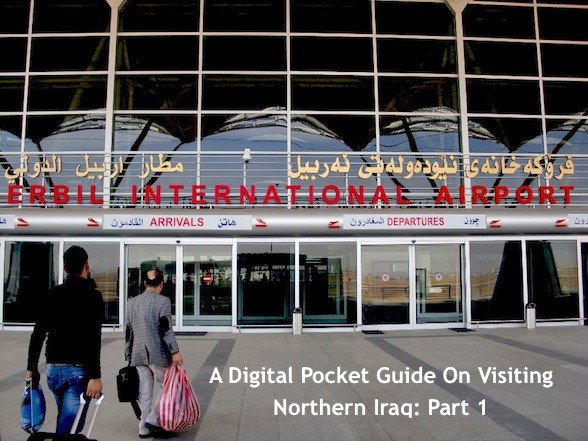 This digital pocket guide will have you prepared for a trip to this world inside a war zone.

It’s important to understand that all of northern Iraq is not equally stable or as relatively safe. This digital guide focuses on the areas administered by the KRG; primarily the cities of Arbil, Sulaymaniyah, and Duhok. Also, it should be noted that while there might be a thrill in traveling to Iraq, it’s certainly not a trip for everyone.

Finally, before you hop on a flight to northern Iraq, it’s critical you have enough cash on you for the duration of your trip.

There are no ATMs in the KRG-controlled north, not even at the most common entry-point of Erbil International Airport. US dollars and Turkish lira can be exchanged easily by (the abundant) street vendors once you arrive, however don’t count on using plastic – credit cards won’t be accepted anywhere. Getting To Northern Iraq By Land And Air

Flights to Arbil are probably the easiest way to arrive in northern Iraq from several connecting cities, including Istanbul, Turkey. Currently your best bets are with AtlasJet, Lufthansa, and Austrian Air.

RELATED
What Do You Need To Declare At The Airport?

Finding good deals on flights to northern Iraq isn’t easy, with those from Istanbul on average floating around $600 for a round-trip ticket. The cheaper – yet much more involved – method of crossing overland from Turkey is another option; particularly for intrepid travelers.

Visas And Visiting The Directorate Of Residence

Visas upon arrival are issued by the Kurdistan Regional Government for US, EU, and several other nationalities for visits up to 10 days.

These entry stamps are separate from Iraqi national travel visas and also make note that you must “visit [the] Directorate of Residence within 10 days” – which can be a point of confusion.

Upon exit at Erbil International Airport, I was told that this was only necessary for those applying to stay beyond 10 days; though there didn’t seem to be a consensus among the officials I asked. I recommend consulting with your embassy if you have any questions or receive conflicting information upon arrival.

Hotels And Finding A Place To Stay

Booking hotel arrangements online prior to a trip to northern Iraq isn’t easy since most are independently owned and not to be found on the Internet. While there are some luxury hotels on the outskirts of the 3 major cities, the majority are the 1-2 start variety. The most straightforward way to find a hotel (there are no hostels) is to make your way to the given city center – in Arbil around the Citadel –  walk in and ask.

Also remember that in Arabic, numbers are read from left to right (opposite of everything else). You can begin your hotel search by seeking out Hotel Shahan in Arbil, Hotel Chrakan in Sulaymaniyah (with good food immediately next door), and Hobo Traveler also has a great set of hotels for you to consider in northern Iraq.

Now that you’ve got an idea of how to get to northern Iraq, tomorrow in Part 2 I’ll show you how you can move between the major cities of the Kurdistan-controlled region. As you make your way through checkpoints you’ll discover there’s quite a bit to see and do, with the journey undoubtedly being a memorable part of the experience.