How My 2012 Travel And Tech Predictions Turned Out (Hint: Very Well) - foXnoMad

How My 2012 Travel And Tech Predictions Turned Out (Hint: Very Well) 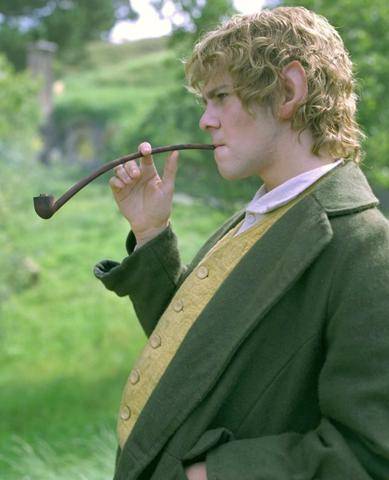 Last year around this time I made my annual predictions about travel and technology in 2012. Although the results of my 2011 guesses were a very mixed bag, it seems this time around I filled my hobbit pipe with the good stuff. We’re paying less but more for airfare, finding a rotten Apple, and going to more interesting places. 2012 was certainly a year for the techno-explorer and here’s how you and I saw it coming.

At the beginning of 2012, the airlines seemed confused about fees, like those for flying with luggage (the nerve of some people), while other carriers posted profits without them.

Overall, the revenues airlines earned from baggage and similar fees was down nearly 700 million US dollars in 2012, from 3.36 billion to 2.6 billion, compared to 2011. It seems bad press isn’t worth a dubious pricing scheme but one thing almost every airline in the world did agree on in 2012 was that ticket prices needed to come up.

Both to cover rising fuel prices as well as revenue from fees. So, while fees lessened, globally we’re paying about 5.2% more per ticket now than we did 12 months ago. (Americans have it slightly better at 4.8%.)

Those of you who’ve read Steve Jobs by Walter Issacson know what a tight and personal control over Apple Jobs had on the world’s most profitable company. So sadly, not surprising, since his passing Apple hasn’t quite had the same character. One of those personality changes is the iPad Mini, a product (7-inch tablets) Jobs was certain to be a doomed wasted time for competitors like the Barnes & Noble Nook HD and Amazon’s Kindle Fire. And while Mini sales arguably strong, it does seem that Apple and Samsung are muscling out some of the Fire’s fire.

RELATED
Should I Buy A Tablet Instead Of A Laptop For My Travels?

Amazon and Barnes & Noble (whose Nook HD is a much better product than the Fire in my opinion) have their bookstores in their favor, but if Apple or Samsung find a way to thoroughly enter that space, it could be a painful death. A Real Rival To Skype Appears (Verdict: They Never Showed Up)

Skype is one of the best free programs you shouldn’t travel without but it’s not perfect. Or, it’s just so close that it hasn’t really changed much since it began hitting mainstream Internet users in 2006. Last year I was convinced Google or Facebook might try to move into this space. They’ve taken fetus steps toward something I’m still thinking might help make communicating while traveling more fluid, but in 2012 I was wrong on this one.

On a brighter note however, we might be getting a holodeck one of these days.

More and more people are heading to Turkey every year and tourism scatter shot from that boom is helping the countries of the Caucasus. Georgia had 53% more visitors in 2012 than the previous year and Azerbaijan‘s government reported increases (but haven’t released statistics). Elsewhere in the world, Oman had a slight drop (I was wrong on this one, I predicted a 5-6% increase in tourists), Colombia saw a 30% gain in 2012, and Chile 15%. On those last two I was right about the increases but didn’t expect them to be that dramatic.

More Pets In The Sky But Less Travel Bloggers Fly (Verdict: Yes And No)

I wasn’t able to find any good numbers on how many people are traveling with their pets, so I’m calling neutral on this one. I didn’t think there would be better options for traveling with your cat or dog but am fairly certain more people are and will be doing it.

As for travel blogs – there are many more of them in the travel blogosphere – as a quick peek at my links page will reveal. And I believe that many, particularly those who’ve been around a while, will begin to slow down or change their travel pace. That certainly was the case with some other high profile travel bloggers in 2012 and I suspect it will lead to some more interesting developments here and elsewhere.

Finally, as for that large outside force that would have jumped into the travel blogging world (making things very interesting for myself personally), it didn’t happen in 2012. That’s not to say there aren’t surprises in store for 2013 – though we’ll have to wait and see what those are exactly.