The answer I can give without hesitation to the question, “what’s the best way to learn a new language before a trip,” is use Pimsleur. People ask me a lot about language learning, with two important caveats. The first being they’re traveling soon (short time to learn) and they need to be able to communicate with people (not necessarily translate names of random objects).

After booking flights, hotels, planning what to pack, language learning is usually a last that-would-be-nice-touch most never get around to. Pimsleur is the fastest way to learn another language at a conversational level if you’ve got 30 minutes a day and a few weeks to practice.

The majority of language courses are designed to teach you a language with the aim to become fluent – an undertaking that often takes years. You’ll learn a lot of words that won’t be immediately useful which is why most travelers bounce around language tutorials and courses so broadly, you end up with nothing once you arrive at your destination. (English it will have to be then!) 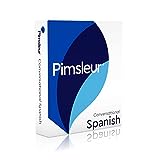 The Pimsleur Language Program works differently. Basically, the 30 minute audio-only courses piece together seemingly random sounds with oddly specific visualizations over 10-20 lessons. At the end you’ll be surprisingly able to hold a conversation in that language.

Pimsleur is incredibly efficient. For example, you listen to one lesson on your commute. Pimsleur notes two important things: you’ll need to repeat what it tells you to repeat out loud and not do more than one lesson a day. A typical lesson is you saying some random sounds, then imaging e.g. a red bird on top of a house. Pimsleur is designed like Pulp Fiction, it’s all out of order at first, but as you go on the lessons start connecting.

The main drawback of Pimsleur is it won’t help you read or write in another language. Pimsleur is audio only, designed to get you talking with people at soon as possible. Pimsleur gives you the mechanics of a given language making you usefully conversational – and if you want to expand beyond that – a solid structure upon which you can add vocabulary and more advanced grammar.

Pimsleur has been used by aid and relief organizations to linguistically prepare their staff and volunteers in a short amount of time. (The company donated their Haitian Creole courses after the 2010 earthquake in Haiti, for instance). The United States military has also distributed Pimsleur for troops in Afghanistan.

The efficiency of Pimsleur is what makes it so beneficial for travelers interested in learning usable parts of a language in a short time. I’ve found 2-6 weeks and 30 minutes a day (4-5 days a week) is enough to be able to hold a respectable conversation in a foreign language. All you have to do is listen to the audio file (or CD) and repeat as it instructs.

Somehow Pimsleur hacks your memory to install a new language. I wasn’t paid to write this (I legally have to disclose paid reviews) but I can’t say enough good things about Pimsleur. The lessons you learn are also extremely durable – I recall lessons from nearly 10 years ago. You’ll just have to give yourself the time to finish the lessons. Since Pimsleur courses aren’t structured in a conventional way, the more dots it will connect the longer you continue. And it’s not a long or expensive journey. The first entire lesson of Turkish is a total of 8 hours, costing just $40, for example.

Obviously, the more time you have the more of a language you can learn, using these other tools, adding some colorful curses to your vocabulary as well.